Mets Lose Harvey and Yankees Regain Jeter, but Both Fall to Rivals

The Mets lost their ace and the Yankees regained their captain before losing to the Phillies and Blue Jays respectively. 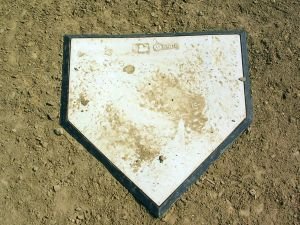 After losing their first game against Detroit 6-1, the Mets’ offense fell even flatter on Saturday. Max Scherzer, the AL starter who played opposite Matt Harvey in the MLB All Star game, pitched six shutout innings to help his team take what was ultimately a low-scoring game.

For his part, Matt Harvey only allowed 2 runs over six and two thirds (the first of which was hit by Scherzer), but gave up a career-high 13 hits along the way. After the starters left, the Mets were unable to knock in a run on Detroit’s bullpen and the Tigers scored once more in the ninth on a sacrifice fly. The Mets lost 3-0 and Harvey fell to 9-5 on the year.

New York finally got some production out of its batters on Sunday, but the slight step up was met with a massive surge in power by the Tigers. Miguel Cabrera stared the afternoon off with a 2-run homer in the first, providing a lead which lasted a few innings.

Daniel Murphy hit an RBI single in third to put the Mets on the board, ending a 19-inning scoreless streak for the team. Travis d'Arnaud, who the Mets called up from the Minors 10 days ago, hit his first Major League homerun in the  fourth; the 2-run blast gave New York a 3-2 lead.

The Tigers pulled back ahead by 1 in the sixth with a second 2-run homer off Gee, this time hit by Andy Dirks. Any hope the Mets had of a late-game rally ending with a walk-off was struck down in the top of the ninth when 11 Detroit batters came to the plate, stringing together 7 runs against LaTroy Hawkins and Scott Atchison to take an 11-3 lead. That spread held as the Tigers swept the Mets.

Following 4 losses in a row, the Mets suffered a serious setback before their game against the Phillies even started last night. Matt Harvey, the brightest spot on a season full of shortcomings, was diagnosed with a partially torn ligament in his pitching elbow—the injury will cost him the rest of this season as he tries to work through it and could erase the 2014 season in its entirety for Harvey if he needs Tommy John surgery.

The game itself did, however, begin well for the team. An Andrew Brow single in the bottom of the second scored the first run of the game, and Zack Wheeler got through the first three innings without allowing a run. Wheeler did allow Philadelphia to take the lead when he gave up a 2-run triple to Cody Asche in the fourth, but it was the only scoring play afforded to Philadelphia through his six and two thirds innings. He notched seven strikeouts along the way.

Unfortunately the Mets were unable to provide Wheeler any extra support as they failed to undo the 1-run deficit over the next six innings. The Phillies went on to win 2-1 and Wheeler fell to 6-3 for the year.

The Mets will continue the series at 7:10 PM tonight and tomorrow, and finish it at 1:10 PM on Thursday.

The Yankees’ 5-game winning streak was brought to an end by Tampa Bay on Friday night. On Saturday, CC Sabathia and David Price worked both teams’ lineups with relative ease for four scoreless innings, though Price labored to get through the fifth. After giving up singles to three of the first four batters he faced, Price issued Austin Romine a bases-loaded walk. Ichiro Suzuki’s ensuing groundout put the Yanks ahead 2-0.

CC struck out 2 to quickly work through a 1-2-3 bottom frame in the fifth, but the Rays got to him in the next inning, scoring three runs on a Zobrist double and Longoria single. Longoria did some more damage when he hit Preston Claiborne for a leadoff homer in the eighth, leading to a 4-2 Tampa win.

Sunday’s close to the series did not start well for New York as Ivan Nova gave up an RBI single to Longoria in the first inning, but Nova found his way through the rest of the game, allowing Robinson Cano to tie the score with a solo shot in the fourth inning. The Yankees briefly held a lead when Cano hit an RBI double in the sixth, but Longoria tied the game with a homer in the bottom of the inning.

The score remained tied after the starters left and through regulation. Alfonso Soriano was able to put himself in scoring position with a double in the 11th, then moved 90 feet closer by stealing third with Curtis Granderson batting. Granderson flew out to center field, allowing Soriano to tag up and score the go-ahead run.

Following their win in Florida, the Yankees reunited with Derek Jeter for the third time this year as they travelled to Toronto. A Robinson Cano RBI in the top of the first gave the impression that the Yanks might continue their dominance of the Blue Jays, but Phil Hughes gave up the tying run in the second inning and the go-ahead in the third.

Alex Rodriguez tied the game with a solo shot to lead off the fifth; though the Yanks loaded the bases afterwards, his would be the only run to score in the top of the inning. Unfortunately, a rare fielding error from Ichiro Suzuki paved the way for a 3-run bottom frame which did not end until Phil Hughes was taken out of the game for David Huff.

The Yanks had no answer from that point on, and ultimately fell 5-2 to RA Dickey and the Jays. Phil Hughes took the loss, declining to a 4-13 on the season.

New York will try to even the series at 7:07 PM tonight, and will finish it at the same time tomorrow.