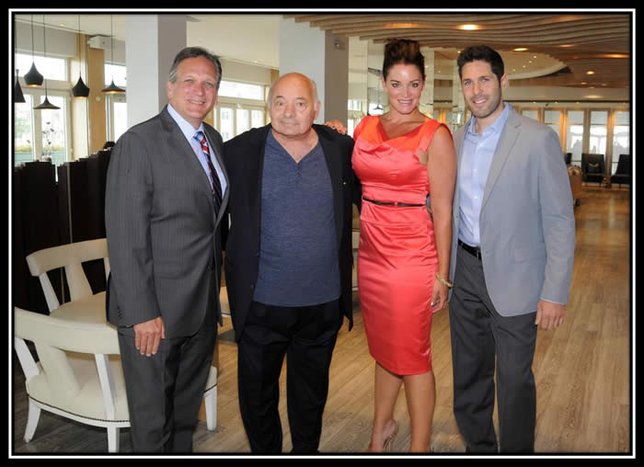 Long Beach, NY - August 22nd, 2013 - Nassau County Executive Edward P. Mangano (left) was joined today by Burt Young (2nd left), best known for his Academy-Award nominated role as Sylvester Stallone’s brother-in-law and best friend Paulie in the Rocky film series; and Ingrid Dodd (2nd right) and Craig Weintraub (right), Co-Founders of the Long Beach International Film Festival, as they kicked off The Long Beach International Film Festival (LBIFF), “Shorts on the Beach” at the Allegria Hotel. This year’s festival consists of a variety of short films and a sneak peak of the 2014 LBIFF.

County Executive Mangano stated, “My administration has helped attract the film industry to Nassau County, which is now generating more than $100 million a year for the local economy while putting residents back to work. I am very pleased to support Long Beach’s 2nd Annual International Film Festival and highlight all Nassau County has to offer as Hollywood East of the film and television industry.”

Beginning at 7:00 p.m. the festival will showcase a live music performance and a variety of short film screenings at 8:30p.m. In addition to the free short PG-13 film series, all guests will have the opportunity to walk the red carpet at National Blvd and the Boardwalk. Also walking this evening’s red carpet along the brand new Long Beach boardwalk will be Long Island’s own Dee Snider the frontman for the heavy metal band Twisted Sister and the Queen of the Red Carpet News 12's Elisa DiStefano. In addition to sponsoring the event, the Allegria Hotel will be offering special accommodation options for LBIFF guests, sponsors and film enthusiasts.

The following companies and local businesses will be participating in this year’s LIBFF: News 12, Zico Water, King Kullen, Skudin Surf, Web Air, Blu Chip Marketing, and Weinbtraub Films. LBIFF will celebrate the art of storytelling through film by presenting short, fiction and documentary type pictures. The purpose behind the short film series is to allow different perspectives and voices to be conveyed through cinema. As a result of the program, film enthusiast and sponsors hope to engage, educate, and enlighten audiences and provide them with a different style of entertainment.