The three-time Atlantic League champion Long Island Ducks honored the career of all-time great Ray Navarrete and retired his number 16 prior to their Sunday, August 16 game against the Southern Maryland Blue Crabs at ... 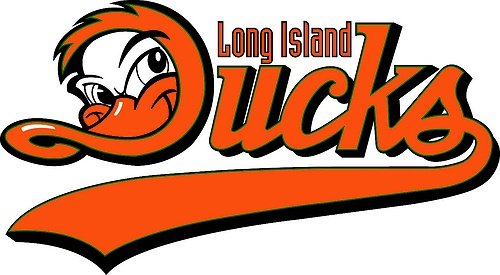 “Ray accomplished more statistically than any other Ducks player in team history,” says Ducks President/GM Michael Pfaff. “He’s a shining example of what everyone should strive to be when they’re part of an organization like this, and we are both proud and excited to honor Ray.”

Navarrete was recognized during a special pre-game ceremony. Fans were treated to highlights recapping some of the memorable moments in the 37-year-old’s career as well as a speech from Navarrete himself. The Seton Hall University alum was presented with a memento from this historic celebration, and his retired #16 was unveiled on the brick pillar next to the DuckVision video board at Bethpage Ballpark. Ducks broadcaster Chris King emceed the ceremonies.

While a member of the Ducks, he was selected to play in five Atlantic League All-Star Games (2007-10, 2012) and reached the postseason in each year except for 2010. Navarrete won back-to-back Atlantic League championships in 2012 and 2013, hitting a go-ahead three-run home run in Game Five of the 2013 Championship Series, the final game of his professional career. In addition, he was named the Atlantic League Player of the Year in 2009, becoming the first player in Ducks history to ever earn the distinction. Navarrete is the only player in franchise history to hit three home runs in a single game, doing so on June 8, 2008 against the Newark Bears, and he also tied the team record for RBI in a game that day with eight.

The Long Island Ducks are members of the Atlantic League of Professional Baseball and play their home games at Bethpage Ballpark. For further information, call (631) 940-DUCK or visit www.liducks.com.