These efforts will begin this month as college students head to campus. 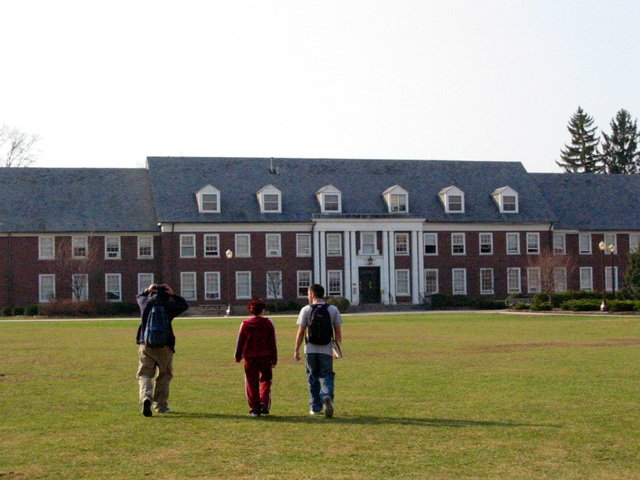 State agencies to work together to build upon the Governor's successful safety initiative on college campuses as the Fall semester begins.

Albany, NY - August 23, 2016 - Governor Andrew M. Cuomo today announced a coordinated effort by several state agencies and institutions to prevent underage drinking on college campuses and in college towns as the fall semester begins across the Empire State. The New York State Office of Alcoholism and Substance Abuse Services , the New York State Liquor Authority, the New York State Department of Motor Vehicles, and the New York State Police are aligning resources to prevent underage drinking on campuses across New York. These efforts will build upon the Governor’s commitment to protect college students and increase safety on New York’s college campuses, most recently through his "Enough is Enough" legislation. These efforts will begin this month as college students head to campus.

"Underage drinking can lead to life-altering consequences for college students, and as the fall semester gets underway, we are working to educate college students about this reckless behavior," Governor Cuomo said. "These coordinated efforts will build on our progress to help avoid needless tragedies and create a safer learning environment on campuses statewide."

The following interagency efforts are aimed at protecting college students:

OASAS Campaign Helps Parents Talk to College Students About the Dangers of Underage Drinking and Drug Use
NYS OASAS actively works to prevent underage drinking and to stop the disease of addiction before it starts, and is launching the next phase of its Talk2Prevent campaign, which provides resources for parents on how to talk to their college-age students on the dangers of underage drinking and drug use. The agency also makes resources available that describe the risks associated with underage drinking and illicit drug use for colleges and community-based organizations, including posters, fact sheets and postcards. A letter regarding the availability of these Talk2Prevent materials will be shared with colleges and community partners across the state this month. A Kitchen Table Tool Kit, developed to assist parents, teachers, counselors and the community with guidance on how to initiate conversations about heroin and prescription opioid abuse, is also available on the Combat Heroin website.

NYS OASAS anticipates issuing a Request for Proposals in the near future to help colleges across New York enhance their substance use prevention efforts. As part of this proposal, public colleges will be eligible for grants for efforts aimed at preventing underage drinking and prescription drug misuse and building campus coalitions.

NYS OASAS Commissioner Arlene González-Sánchez said, “I want to thank Governor Cuomo and our state partner agencies for collaborating with us on efforts to prevent young New Yorkers from using alcohol or other drugs. Every parent and guardian looks forward to seeing their child receive their college diplomas on graduation day. These state-led initiatives will help ensure that students stay away from substance use so that they can successfully complete their education and go on to live full, healthy lives beyond their college years.”

SLA Trainings for Bar, Restaurant and Tavern Owners
The SLA, in collaboration with the Empire State Restaurant & Tavern Association (ESRTA), will host a series of free trainings across the state for bar, restaurant, and tavern owners and their staff. The day-long programs will focus on the legal responsibilities of selling alcohol and provide training in practical skills to help licensees and their employees fulfill their legal responsibilities.

The SLA has already conducted these trainings in Kingston, Troy, Cortland and Oneonta. This fall, SLA and ESRTA plan to offer trainings in Rochester, Syracuse, Long Island, Newburgh, Utica, Binghamton, Buffalo and Tarrytown.

SLA Chairman Vincent Bradley said, “I commend Governor Cuomo for coordinating New York State enforcement and prevention resources to take proactive, cooperative measures to prevent alcohol abuse among our youth. These free trainings are part the state’s efforts to help conscientious licensees comply with the law so that they may continue to create jobs, boost the local economy, and run their businesses safely and successfully.”

Scott Wexler, Executive Director of ESRTA said,“Licensees appreciate the State Liquor Authority’s efforts to help them understand the complex rules under which they must operate their business. This program provides valuable guidance and assistance and will go a long way toward gaining increased compliance with the law. That’s good for the business and owners and for the public at large.”

The SLA has dramatically intensified enforcement actions to crack down on sales to minors in addition to providing education to licensees on their responsibilities. In May, Governor Cuomo launched the “No Excuses” campaign aimed at curbing underage drinking, a statewide education campaign that included the distribution of more than 15,000 display materials to restaurants and liquor stores across the state.

In 2015, the SLA prosecuted 1,552 licensees for underage sales, a 50 percent increase from 1,036 prosecutions in 2010. The SLA also increased the number of trainings to reduce underage sales and help licensees to avoid violations before they occur by certifying and promoting Alcohol Training Awareness Program (ATAP). The number of ATAP trainings completed by licensees and their staff has increased by more than 150 percent, from 5,803 in 2011, to 14,549 in 2015.

DMV’s "Operation Prevent" Launches in College Towns
DMV’s “Operation Prevent” program is aimed at deterring underage drinking by preventing the use of fake IDs to obtain alcohol. DMV investigators work with local authorities at known underage drinking hotspots to check identification documents. Preventing underage youths from gaining access to alcohol keeps them safe and keeps our roads safe for everyone. Governor Cuomo announced that in 2015, DMV investigators made 760 arrests and confiscated more than 750 fraudulent ID documents under the program.

During the summer months, the program mainly focuses on popular settings like concert venues across New York. As summer concert season winds down, DMV investigators will be working closely with SLA and law enforcement entities across New York, focusing much of their efforts on establishments near colleges. During one such compliance inspection at The Smokin’ Bull in Albany in November 2015, approximately 115 of the 125 patrons at the establishment were found to be under the age of 21, leading to more than 70 arrests.

DMV Executive Deputy Commissioner Terri Egan said, “I thank Governor Cuomo for his support of Operation Prevent so that DMV can do its part to protect New York’s college students from the dangers of underage drinking. DMV and its partners at every level of government will be out in force in the coming months in many college towns across New York, deterring underage drinking and protecting New York’s roadways.”

NYSP Campus Sexual Assault Victims Unit Works to Protect College Students from Sexual Violence
Members of the State Police Campus Sexual Assault Victims Unit are presenting at college orientation sessions and hosting trainings for stakeholders, speaking on various topics, including the link between alcohol abuse and sexual violence on campus. The mission of the unit, which was created by Governor Cuomo’s landmark “Enough is Enough” legislation, is to reduce the incidence of sexual violence on campus through outreach to students, staff and stakeholders. The unit will also coordinate the investigation of campus sex crimes that are reported to the State Police, and provide investigative support as requested by campus and local law enforcement agencies.

As part of these efforts, the Governor announced in August that the unit has launched a larger public outreach campaign, involving billboards, social media, and radio public service announcements, which will be aired across the state. The goal of the campaign is to educate college students and the broader community about campus sexual violence.

New York State Police Superintendent George P. Beach II said, “The investigators assigned to the Campus Sexual Assault Victims Unit are not just working to solve cases, but also to proactively educate students and stakeholders about the factors that play a part in these crimes, including alcohol abuse. We hope our efforts will pay off with increased awareness among students and a reduction in the number of sexual assaults occurring on campus.”

SUNY University Police Commissioner Paul M. Berger said, “The start of the school year is a critical time to reach our students before underage drinking becomes an issue that impacts the safety of our students and our communities. The Governor’s coordination of state resources is certain to boost SUNY's own efforts to meet with and educate incoming freshman and communicate with returning students.”
Research shows that each year, nationwide: