Paper or Plastic? If New Law Passes, the Answer May Be "Neither" in NYC

A bill proposed on Thursday will force shops and grocery stores to charge ten cents per plastic or paper bag used for a purchase in an effort to cut down on bag waste. 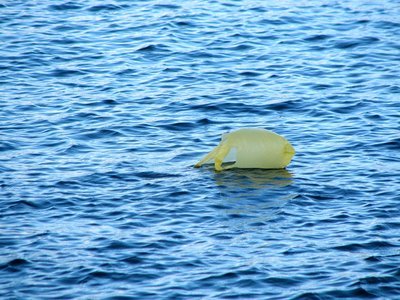 Though shoppers everywhere are used to being provided with paper or plastic bags to carry out their purchases, New York City Council members have proposed a bill that, if passed, will require stores to charge customers ten cents per paper or plastic bag.

The proposed bill was introduced on Thursday, and will aim to reduce plastic bag use so as to take a “real, progressive step toward an environmentally conscious New York City,” said Councilwoman Margaret Chin, according to Brooklyn News.

“Too often at the register, we bag and double-bag, heedless of the severe environmental cost we all pay,” added Chin.  “In my district in Lower Manhattan, after a busy weekend, you can see these bags overflowing from trash cans and in the streets and gutters. The bags end up clogging our streets, littering our public parks, and costing taxpayers millions of dollars in clean up and waste removal. This bill incentivizes consumers to bring their own reusable bags and think twice before reaching for paper or plastic ones, which will cut back on pollution and ultimately protect New York City’s invaluable green spaces and waterways that have been under threat for too long.”

Though the new bill is expected to bring some grumbles from customers, it will also affect stores and bag producers.

"We want to achieve a dramatic reduction in bag waste, but we also want to make sure that we don't have any harmful impacts on small retailers and grocery stores, and other small businesses in New York City,” said Councilman Brad Lander, one of the major sponsors of the bill, at a rally announcing the bill in front of City Hall.

The proposed bill has already invoked anger from grocery store representatives, such as Brad Gerstman, counsel to the New York Association of Grocery Stores.

"We're adamantly opposed to this," said Gerstman to Crain’s New York Business. "It's a tax on small businesses and their customers, and it's insane at this juncture to further incentivize customers to go shopping in a different city or state."

Other cities have already adopted such plastic bag laws, including Seattle, San Francisco, Los Angeles, and Washington D.C., and have seen a reduction in plastic bag use of as much as 90%.