Specially trained nurses help sexual assault survivors by making sure they feel safe as they are treated in an emergency room. 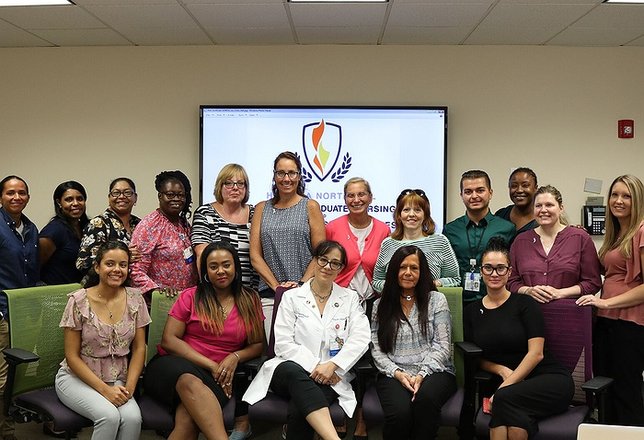 Twenty nurses have graduated from Hofstra Northwell’s Sexual Assault Nurse Examiner (SANE) Program, certified as sexual assault nurse examiners, according to an announcement released by Northell Health. This is the first class of its kind, made possible through a $750,000 Federal grant for the program with a goal to increase the number of SANE nurses in New York.

SANE nurses help sexual assault survivors by making sure they feel safe as they are treated in an emergency room.

“The absence of SANE nurses at hospitals often re-victimizes those who have suffered a sexual assault by having them recount what happened to emergency room personnel, and then again to a nurse, physician or other clinician,” the statement said.

SANE nurses act advocate for patients staying with them for hours as they gain trust, ask the difficult questions, and conduct physical exams to check for evidence and injury, provide emergency contraceptives and maintain evidence for law enforcement.

The program is important for nurses to expand the scope of their practice said Amy Smith, NP, of LIJ Forest Hills and coordinator of the SANE program.

“Having SANE nurses in our hospitals benefits all of the diverse communities we serve so that no patient who seeks SANE services needs to be transferred out of our facilities and out of their neighborhoods,” she said.

Trainging for this first class took place over six months and included mastering the skills needed to provide emotional support and medical treatment to victims of rape and sexual assault while also collecting vital forensic evidence, according to Northwell’s statement.

“They [Nurses] may be called to court to provide testimony, so the law school is going to be part of our curriculum and put the nurses through mock trials so they can be prepared for the pressure of what a defense attorney would put them through,” said Kathleen Gallo, PhD, MBA, RN, dean and professor of the Hofstra Northwell School of Graduate Nursing and Physician Assistant Studies and senior vice president of Northwell Health in a prior statement announcing the program.

Hofstra Northwell SANE program is composed of 40 hours of classroom training and 300 hours of hands-on clinical training. This is the only university- and health system-based SANE program in New York State.

Northwell Health stated that from January 2018 to the present, there were 699 sexual assault victims seen in its emergency rooms across the region.