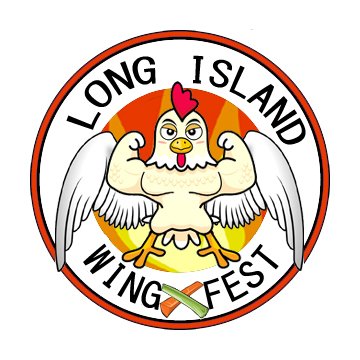 Presented by Samuel Adams Boston Lager and Jack Daniels, the contest will take place in downtown Bay Shore at The Nutty Irishman located at 60 East Main Street and will be hosted by wrestler, comic book hero and CEO Hounds "Comics" Brimstone. Celebrity Judges include: Roger and J.P. from WBAB; Derrick Prince from the television show Master Chef; John "Heartbreaking Dawns" McLaughlin of Chopped; and Sal Italiano of Anvil.

Danny Weisman, organizaer of the Wing Fest and owner of Even Flow Bar and Grill expressed his excitement about the contest. "If you're a wing lover and a sauce aficionado this event is for you. August 25 Long Islanders will have the opportunity to sample some of the best offerings from our local bars and restaurants. What makes it even better we will be supporting Long Island Cares who really stepped up to help Long Island after Hurricane Sandy. We are really pleased to support this great organization." As a wing connoisseur, Weisman has won countless awards for his 42 different flavors of wing sauce. Joining forces with the owner of The Nutty Irishman, Mike McElwee, Weisman is bringing the honor and prestige of Buffalo's National Festival to Suffolk County where the top players in the area will compete for the ultimate in wing supremacy!

The event starts at !2:00 PM where wings will be served. Tickets are on sale online for $20.00 general admission. Ticket buyers have the opportunity to taste wings from all 16 competitors who will be submitting their wings in two categories: Best Traditional Hot/Mild and Best Unique Flavor. There will also be a prize for the crowd favorite!

Live entertainment by Big Band Joe and Czech Funk begins at 1:00 PM and bands will perform throughout the day. For more information and tickets email: LIWINGFEST@yahoo.com.