Writer and director Debra Markowitz is a multi-award winning filmmaker from Merrick, NY. 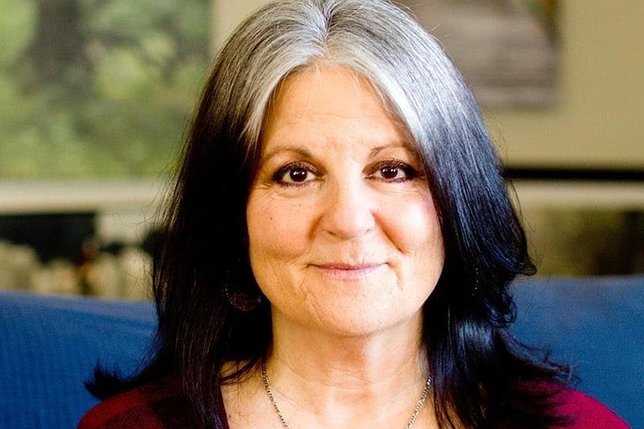 Merrick’s Debra Markowitz  is pleased to announce that three of her films, The Waiting Room, Confidant and Gem and the Photo Op, are  screening as part of the ninth annual Chain NYC Film Festival. Chain NYC Film Festival events will be LIVE, IN-PERSON! Tickets are $12 and can be purchased online at www.chainfilmfestival.com.
Streaming options are also available. All attendees must show proof of vaccination upon arrival.
These films are three out of over 160 selections of features, shorts and web series, both narrative and documentary, to screen virtually over the course of 10 days.
The Waiting Room and Confidant will be part of the “Grief Block” and Gem and the Photo Op are part of the “Thriller Shorts Block” as part of the collective voice of filmmakers from around the world. The screenings will be available virtually and in person at the Chain Theatre August 20th – August 29th and will be immediately followed by a talk back with the writer/director, Debra Markowitz and producer, John Marean.
Synopses:
Debra Markowitz, the writer and director of these three films, is a multi-award winning filmmaker from Merrick, who created the Nassau County Film Commission, is a co-founder of the Long Island International Film Expo (LIIFE) and is the author of the Karmic Wind Trilogy. Her writing has covered all genres from fantasy, drama, horror, thriller and comedy to romances.
Tickets are $12 for each screening block and can be purchased online through www.chainfilmfestival.com.
The 2021 Chain NYC Film Festival will be viewable via Eventive—the premier platform for online festivals. Viewers may purchase tickets online and screen on any computer, laptop, mobile device or their own television with the use of Apple TV or a Roku.
Those attending in person may join at the Chain Theatre located at 312 W. 36th Street, 4th floor between 8th and 9th Ave. Take the 1, 2, 3 or A, C, E to 34th Street Penn Station.
Awards will be given out in a number of categories including a NY Filmmaker Award, dedicated to filmmakers living in one of the five boroughs of NYC, the Audience Favorite Award, where viewers may vote for their favorite online, and the Filmmakers Choice, where filmmakers vote for each other in the festival. This year’s festival is sponsored by Blue Point Brewery and Topo Chico.
About the Chain NYC Film Festival
Located at 312 W. 36th Street, 4th Floor, New York, NY 10018. Chain NYC Film Festival has screened over 1000 films in the past seven years. Past festival participants such as Lady in Apartment No. 6 have gone on to win Academy Awards. “Personal stories. Original ideas. New work.” The Chain NYC Film Festival is a multi- disciplinary event that serves the NYC community by bringing quality independent film from around the world. Content accepted is work that comes from a personal experience, a new outlook or idea in the world of film, and has been produced within the past two years. Chain regularly invites an award-winning giant in the film industry to come and speak about their work. Past guests include Richard LaGravenese (The Fisher King, Behind the Candelabra) and Richard Price (The Color of Money, The Wire).