Bradley Manning, the Army Private responsible for a massive leak in 2010, has been sentenced by a military court. 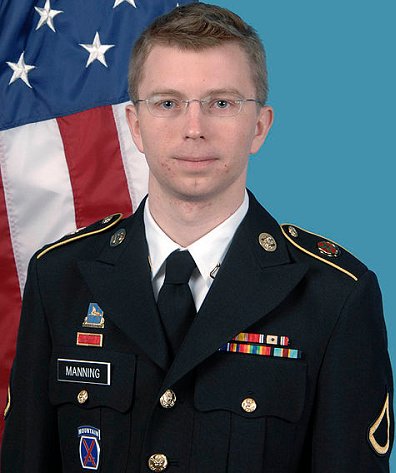 Before Edward Snowden made national headlines by blowing the lid off the NSA’s domestic spying program and seeking refuge in Russia to avoid facing federal espionage charges, there was another leaker who exposed classified American documents to the world. In May 2010, Army Private first class Bradley Manning was arrested for having leaked confidential information to the anti-government secrecy website WikiLeaks. The 22 offenses of which he was accused carried a maximum sentence of 90 years; he was convicted by a military court this past July and today received a sentence of 35 years in prison.

Information leaked by Manning included video of the 2007 Baghdad airstrikes and the 2009 Granai airstrike in Afhganistan, 500,000 army reports, and 250,000 US diplomatic cables—it was the largest leak of secret documents in American history.

Prosecutors argued that Manning should have received a sentence of at least 60 years in order to deter other soldiers who might consider leaking sensitive information, while the defense asked for no more than 25 years, calling him an idealist who opposed the Iraq war and took imprudent action against it.

“He had pure intentions at the time that he committed his offenses,” said defense attorney David Coombs. “At that time, Pfc. Manning really, truly, genuinely believed that this information could make a difference.”

The defense also tried to paint Manning as a more sympathetic figure, pointing toward mental health issues and claiming that the Private’s gender-identity disorder was cause for a great deal of stress during his career in the military.

In addition to the 35-year sentence, Manning was issued a dishonorable discharge, had future pay and benefits revoked, and was reduced in rank. He could be eligible for parole in just over a decade, once a third of his sentence has been served, and the ruling will be automatically appealed under the conventions of military law.