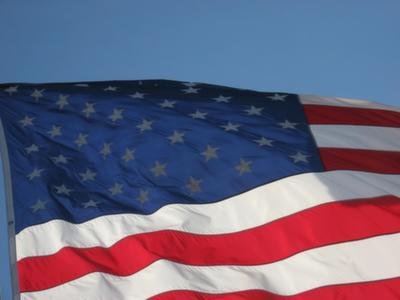 Albany, NY - August 18th, 2014 - Governor Andrew M. Cuomo today signed legislation to dramatically expand and strengthen services for veterans, active servicemembers and their families. Delivering on priority issues identified during the Governor’s Veterans and Military Families Summit, the new law (S.6887-A/A.9216-A) eases the transition to a new school for children of military families that relocate as a result of military orders, lowers the cost of higher education for Veterans receiving benefits under the GI bills, and offers military family members greater flexibility with professional licenses received from other states or jurisdictions. The new law also strengthens the supplemental burial assistance provided by the state to military families when a servicemember dies in combat or as a result of injuries sustained on the battlefield.

“Honoring our veterans, servicemembers and military families for their service and sacrifice is one of our highest responsibilities as New Yorkers – and today our state is taking a tremendous step forward in how we support both these brave men and women and their loved ones,” Governor Cuomo said. “This new law is a comprehensive package of reforms that will benefit the members of the armed forces and those who support them in communities across the state. From helping children of military families succeed in school, to opening doors to spouses and loved ones in their careers and honoring the ultimate sacrifice with expanded burial assistance, this legislation is comprehensive and needed. I am proud to sign this bill into law today, and I thank the many legislators, advocates and community leaders who fought alongside us to make it a reality.”

Senate Majority Co-Leader Jeffrey D. Klein said, "Supporting our veterans and their families has always been a top priority for New York State. I applaud Governor Cuomo for signing this critical piece of legislation that will ensure that our servicemembers and their families get the support and benefits they so rightly deserve, in recognition and gratitude for their honorable service."

Assembly Speaker Sheldon Silver said, “Veterans sacrifice so much to protect the freedoms we hold so dear. Their bravery and commitment to service, overseas and here at home, can sometimes exceed the scope of our own comprehension. It is important to convey our gratitude and ensure that there are plenty of resources available to support veterans and their families, who are faced with many challenges. This new law will help veterans and active service members successfully transition back into civilian life by increasing access to a greater number of higher education and employment opportunities. I and my Assembly colleagues will continue our work to honor and give back to all of these New Yorkers, who so dutifully and exceptionally protect and serve our country.”

Senator Michael H. Ranzenhofer said, "Today, New York is taking a tremendous step forward in how it supports and cares for veterans, service members and military families. The bill being signed by Governor Cuomo is a comprehensive package that addresses a variety of needs for this important community, and I am proud to have worked on this legislation. My thanks to all of the supporters for their efforts in this endeavor, especially to the brave men and women who serve our country every day.”

Assemblyman Michael Benedetto said, “I am delighted that the Governor is signing the military compact bill. It addresses a much-needed problem with our military families, and I am particularly happy with the other aspects of the bill, which will give our veterans better higher education opportunities.”

Dr. J. Michael Haynie, Vice Chancellor of Syracuse University and Executive Director of the University’s Institute for Veterans & Military Families, said, “This legislation not only serves to empower countless veteran and military families across New York State, but also sets a national example for other states to follow, related to the powerful impact that engaged, state-level leadership can have on the lives of those who have served the country in uniform.”

Eric J. Hesse, Director of the New York State Division of Veterans Affairs, said, “This legislation was a long time in the making but thanks to Governor Cuomo’s tenacity and desire to make a difference for Veterans, military members and their families it is now a reality. These programs give Veterans and families what they’ve been looking for, an opportunity. It has been said that you recruit a Soldier but you retain a family and to that end, I applaud the Governor’s efforts to support Veterans, men and women in uniform and their families.”

State Commander William “Doc” Schmitz, Department of New York, Veterans of Foreign Wars, said, “On behalf of the more than sixty thousand members of the Veterans of Foreign Wars, Department of New York, I want to thank New York State Legislators for passing this legislation. It is great to see the leadership in the State take the time to address and work on issues facing Veterans and military families. This will be the foundation on which we build future programs and legislation in New York. The VFW stands ready to assist our leadership in getting Veterans the recognition they’ve earned.”

Protecting Educational Opportunities
To support the children of military families who transfer between school districts and states, this new law eases the transition between schools, and works to ensure that those children are afforded the same opportunities for educational success as other students and are not penalized or delayed in achieving their educational goals. Specifically, the new law:

Most military children, as a result of one or both of their parents relocating during a 20 to 30 year military career from one installation to another, will attend six to nine different school systems from kindergarten to 12th grade. There are nearly 12,000 military children attending public schools near Fort Drum in Watertown, the U.S. Military Academy at West Point and Fort Hamilton in Brooklyn who would benefit from the enactment of this portion of the bill.

Additionally, this new law allows Veterans who attend a community college, college, or university within the SUNY or CUNY systems under the federal GI bills to qualify for the in-state tuition rate.

Honoring the Ultimate Sacrifice
Under the law signed today by the Governor, families of servicemembers from New York who were wounded in combat but died from their wounds outside the combat zone will qualify for a supplemental burial allowance. Under current law, only those deaths that occur in a combat zone qualify for the allowance. The bill also makes nonresidents eligible for the burial allowance if the deceased was a member of the New York Army or Air National Guard at the time he or she entered federal active duty status. This allowance offsets the family’s burial and funeral costs not covered by the federal government.

Supporting Professional Opportunities
Adult family members of servicemembers also face unique challenges, and New York is committed to ensuring that these individuals have access to employment opportunities that ease the burdens of relocation associated with changes of duty station. This bill will permit the spouse, domestic partner, or other member of the household of a servicemember to practice as a real estate broker or a real estate salesperson or obtain a barber or esthetics, cosmetology, natural hair styling and nail specialty license, if he or she has been licensed in another state and relocated to New York with the servicemember.