Former President Hosni Mubarak may soon be a free man, but Egypt remains wrapped in violence. 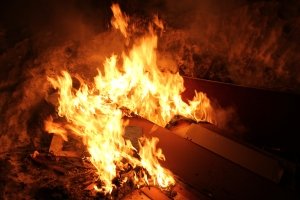 August 19, 2013 – Cairo, Egypt – Ousted Egyptian president Hosni Mubarak was acquitted by a Cairo court on charges of corruption earlier today. Mubarak had previously been convicted of being complicit in the killing of scores of protestors by his security forces in the months before he was forcibly removed from office, but that conviction—which resulted in a sentence of life imprisonment—has been challenged on several technicalities and is pending a retrial. It is unclear when or if the former leader will be set free, however judicial officials have said he can no longer be legally held in custody until a final verdict is reached.

Mubarak’s acquittal is one of the few pieces of relatively peaceful news out of the country in the past week, as a series of protests and clashes have resulted in hundreds of deaths. Reports have come in that 25 policemen were killed near the city of Rafah earlier today when two minibuses transporting officers in plainclothes were beset by militants. It was initially stated that the busses were attacked by rocket-propelled grenades, but officials later said militants had seized the vehicles, ordered the officers to lie on the ground outside, and then shot the policemen execution style.

News of the attack comes only briefly after a number of Christian churches were set ablaze across Egypt. The fires were initially believed to have been started by members of the Muslim Brotherhood as pages emblazoned with the organization’s logo claiming responsibility for the attacks popped up across the Internet. The group’s political wing has since denied responsibility, and allies of the Brotherhood have stated that the pages were forgeries designed to incite more of the sectarian violence which was ravaged the country since President Muhammad Morsi was forced out of office in July.

Coptic Christians are a sizeable minority in Egypt, comprising roughly 10 percent of the nation’s 84 million citizens. They have faced discrimination for decades, but targeted violence against them increased after the election of Morsi and has continued since last month’s coup.

Some Islamists have accused the Coptic Pope, Tawadros II, of supporting the Egyptian Military in its efforts against the Brotherhood, and view the church burnings as a counterattack against his stance. Members of the Masperso youth union, a Coptic rights group, in turn pointed towards what they report as a total of 74 attacks on churches and Christians in recent days, with several churches having been burned down, as a sign of conservative Islamists’ hostile intents.