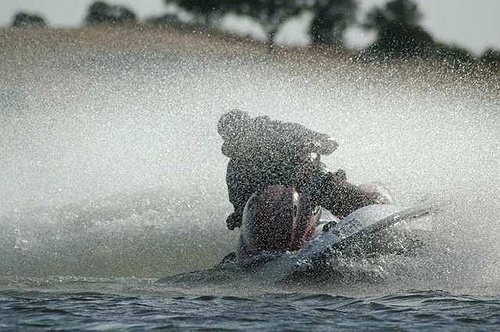 Boating while intoxicated laws used to independently track DWI laws for vehicles. They have fallen far behind. Unlike drivers, under current law, defendants arrested for Boating While Intoxicated do not have their boating privileges suspended pending prosecution, there is no BWI for boaters who are impaired by the combined influence of multiple drugs or drugs and alcohol, there is no Leandra’s Law provision that provides for a felony when the drunk or impaired boater has a child passenger, there is no felony for a BWI committed when the boater’s privilege was suspended for a prior BWI and the rules about the collection of evidentiary blood have not been changed to allow for AEMTs to collect blood without a doctor’s supervision.

Acting DA Singas is advocating that BWI and DWI laws be integrated to allow a prior BWI to elevate a DWI to a felony, and vice versa, as well as resulting in across the board suspensions for vehicle operation.

“It shouldn’t matter if you’re on the water rather than on the road,” Acting DA Singas said. “If you are operating any kind of vehicle while intoxicated, the laws should work interchangeably. Drunken boating can have the same tragic consequences of drunken driving, and the law needs to recognize that. My office will continue to advocate for this common-sense alignment of our public safety laws.”

Acting DA Singas said that Wilfred Ford, 51, of the Bronx, was allegedly speeding with a passenger during prohibited nighttime hours, in his Yamaha jet ski around 8 p.m. on Aug. 16, when a Town of North Hempstead Bay Constable approached him to request his license and registration.

After Ford was observed to have severely slurred speech, glassy and bloodshot eyes and a strong odor of an alcoholic beverage on his breath, he was asked to board the Bay Constable’s boat and ordered to be seated while his license and registration could be checked. Ford allegedly refused multiple commands to be seated before jumping overboard into the waters of Manhasset Bay. He complied with a command to re-board the Town boat, but then resisted being arrested, during which a physical struggle ensued and the Bay Constable suffered a laceration to his thumb.

An off-duty NYPD officer who was passing by on his personal boat during the stop assisted the Bay Constable, and U.S. Coast Guard and Nassau County Police Department Marine Bureau personnel also responded to the scene. Ford was arrested by the NCPD.

Ford is charged with Resisting Arrest (an A misdemeanor), Boating While Intoxicated (an unclassified misdemeanor), Operating a Vessel While Intoxicated (an unclassified misdemeanor), Operating Between Sunset and Sunrise (a violation) and Imprudent Speed (a violation). He was arraigned in Nassau County District Court yesterday, where he was conditionally released to probation and ordered to the STEP program. Prosecutors requested bail of $3,500 and the suspension of his privileges to operate boats or jet skis. He is due back in court on Oct. 6. If convicted of the top charge, he faces a maximum of one year in jail.