The assessment would be used to formally request assistance and low-interest disaster assistance loans from the Federal government. 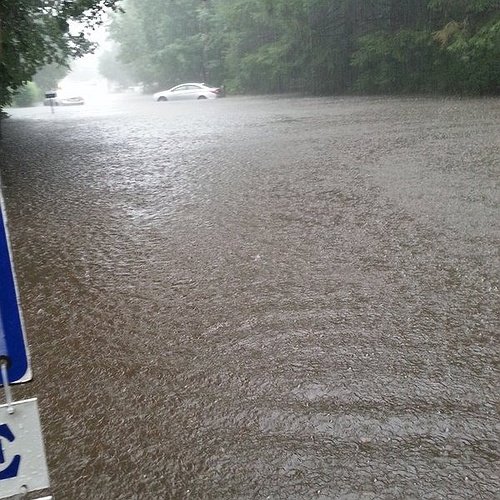 Albany, NY - August 18, 2014 - Governor Andrew M. Cuomo today directed the New York State Division of Homeland Security to request a total damage assessment from the Federal government for Suffolk County and adjacent jurisdictions after record-breaking rainfall and flooding caused serious damage and destruction in communities across Suffolk County located in the Long Island Region of New York State. The assessment would be used to formally request assistance and low-interest disaster assistance loans from the Federal government to repair and strengthen property that was damaged in the storm.
“Today, I am requesting that the Federal government begin the process for considering additional aid for Long Islanders impacted by last week’s record rainfall,” Governor Cuomo said. “State and local officials will continue to work around the clock and explore every option for providing additional help to Long Island in the aftermath of this extreme weather. We look forward to working with our Federal partners to help those affected by this storm get the relief they need.”
The National Weather Service reported that the 24-hour precipitation record in New York State was broken in Islip, Long Island on August 13, 2014. The total 24 hour rainfall amount was 13.5 inches, which breaks the previous State record that occurred in Tannersville, NY during Tropical Storm Irene in 2011. The heaviest rainfall occurred between midnight through 10:30 a.m. August 13th. More than 6,200 homes and business were without power and more than 1,000 homes sustained property damage from torrential rains and flooding. Many motorists became stranded when the flash floods rendered several major highways impassable.
Governor Cuomo activated the State Emergency Operations Center on August 13th and several State agencies deployed crews and equipment to help communities respond to and recover from the storm. Local States of Emergency were declared in Suffolk County and the Towns of Babylon, Brookhaven and Islip.
DHSES Commissioner Jerome M. Hauer said, "I believe that these impacts may warrant Federal assistance and we will continue to coordinate efforts with our Federal and local partners to define the total impact from this storm to determine what aid could be available to Suffolk County, its residents and any neighboring jurisdictions."
The results of these assessments could make Federal funding available to State and eligible local governments and certain private nonprofit organizations on a cost-sharing basis for emergency work and the repair or replacement of facilities damaged by the severe storms. These assessments will also determine if low-interest disaster assistance loans will be available from the Small Business Administration (SBA) to individuals and businesses.