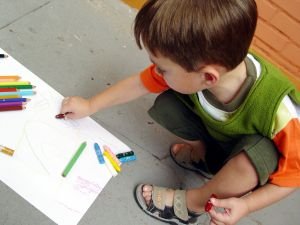 Albany, NY - August 18, 2014 - Governor Andrew M. Cuomo today announced the recipients of $340 million in full-day pre-kindergarten funding for 81 school districts and Community Based Organizations statewide, opening full-day classroom slots to nearly 37,000 children. The funding, included in the 2014-15 State Budget, is the first installment as part of the State's commitment to invest $1.5 billion over five years to build a Statewide Universal Full-Day Pre-Kindergarten program. The State's full-day pre-kindergarten program is designed to incentivize innovation and encourage creativity through competition.
"Training and educating young minds is one of the smartest investments we can make as a State, as studies demonstrate that pre-kindergarten has a long lasting, positive influence on our children's education and future success," Governor Cuomo said. "The State Budget this year included a major investment in early education, putting New York State on the path to become just the fourth state in the nation to establish universal full day pre-K. The awards we are announcing today will enable tens of thousands of children to attend pre-K classes, and represent another step in the State's work to prepare our students to compete in the 21st century economy."
Studies show that children who participate in high-quality early care and education programs are far more likely to read at grade level and graduate from high school and that quality full-day pre-kindergarten programs in particular are credited with producing significant increases in student performance in math and reading for participating students by the second grade as well as decreasing the rates of grade retention.
In all, 81 applicants will receive funding under the Statewide Universal Full-Day Pre-Kindergarten Program, representing all regions in the State. This program will result in new full-day pre-kindergarten placements and convert existing half-day placements to full-day placements that meet new program requirements. All grantees will be required to demonstrate quality program standards -- ensuring high quality early care and education.
Senate Majority Co-Leader Jeff Klein said, “Our commitment to fully fund universal pre-k marks an historic turning point in the education legacy of New York. By supporting great programs like these, we ensure that our youngest citizens will have access to the high-quality preschool education they deserve starting this September."
Assembly Speaker Sheldon Silver said, "For more than 17 years, the Assembly Majority has championed universal pre-K. New York’s children are our most precious asset and our greatest hope for future economic success. We must increase access to quality programs that can result in the long-term academic achievement each and every one of our children needs and deserves. To do this, we must deliver significant, recurring and sustainable funding to expand high quality, full-day early learning programs in every region of the state. I thank Governor Cuomo and Mayor Bill de Blasio who have been willing partners and strong advocates as we take this important step in the ongoing fight to give all young children the opportunity to grow and thrive here in New York.”
New York City Mayor Bill de Blasio said,"We are proud to have Governor Cuomo as a strong partner in making Pre-K for All a reality for the children of New York City. This funding represents a powerful commitment by the State to build a new, stronger education foundation that will transform our schools. We are working tirelessly to make good on this opportunity to deliver new pre-K options, improve existing ones and build a high-quality system that lifts up every child."
New York State Education Commissioner John B. King, Jr. said, "New York is making a major investment in early childhood education, and that investment will pay dividends for decades. The Board of Regents has advocated for pre-K for years. Now the vision and commitment of Governor Cuomo and the legislature will help make universal pre-k a reality and help many thousands of children and families build brighter futures. Obviously, there's still work to do. The path to high quality universal pre-k will take a few years, but it’s the right thing to do for our children and our State."
Robert Reidy, executive director of the New York State Council of School Superintendents said, “Children who struggle in school and fall behind need time to catch-up. Our best strategy is to give children that extra time and help at the start of their schooling – so that they never get behind. The full-day kindergarten program will help more schools provide a better start for more of our children. The program addresses an urgent need in our schools and we will work with state leaders to ensure it fulfills that promise.”
Timothy Kremer, executive director of the New York State School Boards Association, said, “The importance of early childhood education cannot be overstated. Providing early learning opportunities for three- and four-year old children can help them develop better literacy skills and set the foundation for a successful transition into K-12 education. We look forward to the day when all school districts are providing robust learning experiences for all of our young learners.”
This program represents the largest expansion of Full-Day Pre-Kindergarten in New York State history and is additive to the existing $385 million in UPK funding and the $25 million Full-Day Pre-Kindergarten program proposed and enacted by Governor Cuomo in 2013-14.
The full list of recipients of the $340 million in Statewide Universal Full-Day Pre-Kindergarten program is available here. The awards are preliminary, pending the review and approval of the New York State Comptroller.