Governor Signs Bill to Expand Tax Credits for Farmers and Encourage the Growth of Hops Production. 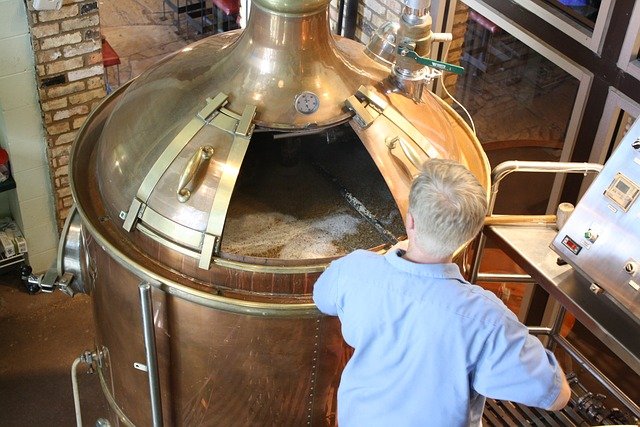 Albany, NY - August 16, 2018 - Governor Andrew M. Cuomo signed two bills today to support the production of New York-grown hops and expand business opportunities for farm distilleries across the state.
"This administration's efforts to roll back regulations and lower costs for New York's craft beverage industry continues to fuel the growth of breweries, distilleries, as well as cideries and wineries, in every corner of this state," Governor Cuomo said. "By providing new opportunities to increase the production of crops and craft beverages, this new legislation will help further diversify New York-made products, support our farms, spur job growth, and continue to grow the state's booming $100 billion tourism industry."
"The agriculture industry is vital to our state's economy, and our local craft beverage producers provide some of the best products for customers in New York and beyond," said Lieutenant Governor Kathy Hochul. "We're continuing to support and grow the industry with assistance for farmers to expand production of hops and provide more opportunities for growth for craft beverage producers across the state."
Expanding the Production of Hops
Under current law, certain orchards and vineyards qualify for a real property tax exemption without meeting a $10,000 sales requirement due to the fact that these crops take longer than most to reach their full potential. Similar to crops produced on orchards and vineyards, hops also do not reach full production until years after planting.
This bill (A.10097/S.8841), will provide relief from the annual gross sales requirement and encourage farmers to plant new hopyards in New York State. When using at least seven acres or more of land to produce hops, farmers can receive tax benefits in their first, second, third or fourth year of production. The bill, which takes effect immediately, will also provide a limited tax exemption for farmers replanting or expanding their production of hops for the first six years.
This action will help New York's agricultural sector respond to the growing demand of farm breweries, which require New York-grown hops to qualify for a farm brewery license.
Supporting the Growth of Farm Distilleries
Additionally, Governor Cuomo signed legislation (A.10128A/S.7793A), to allow businesses with a farm distillery license to contract with a member of the public to produce a custom liquor for that individual's consumption.
Under current law, New York wineries are authorized to manufacture custom wine for an unlicensed individual.
These latest actions will support the state's growing craft beverage industry and the number of farm-based manufacturers, which have increased by more than 160 percent since Governor Cuomo hosted the first Beer, Wine Spirits and Cider Summit in 2012. New York's craft beverage industry has grown to more than 1,000 producers, including more than 400 farm, micro and restaurant breweries, and 132 farm distilleries - 104 of which have been added since 2012.
This new legislation builds on changes implemented since the Governor took office in 2011, including lowering taxes and fees, creating new licenses for farm breweries and cideries, rolling back restrictive regulations, providing support for research, cutting the time it takes to obtain a license in half, and overhauling the state's archaic Alcoholic Beverage Control law.
Senator Pamela Helming said, "As Senate Chair of the Legislative Commission on Rural Resources, I heard from various stakeholders who agreed that it is vital to support our hops farmers who supply the New York-grown ingredients to our brewers. We brought people together across party lines to get this important legislation passed. My legislation, coupled with the additional $100,000 in funding for Cornell's hops and barley research in this year's budget, are critical steps forward that will encourage our farmers to grow hops and provide the state's booming craft beverage industry with the local resources they need to continue to thrive. Working with the Legislature and the Governor, we have helped New York's farming, food, and beverage industries grow exponentially and draw visitors to try some our award-winning products. I thank my Senate and Assembly colleagues for their bipartisan support of this bill, and I thank the Governor for signing it into law."
Senator David Valesky said, "The growth of New York's craft beverage industry is undeniable, and working with the Governor, the Legislature has made it possible for our breweries, and wineries, cideries, and distilleries to experience a true renaissance. This latest action will deliver new opportunities for our farm distilleries to diversify their products and connect with customers from around the state and beyond. I thank the Governor for signing this legislation and am proud to support our agricultural and craft beverage businesses."
Assembly Member Carrie Woerner said, "At one time, New York State produced 90 percent of the country's hops, and the industry is beginning to make a comeback. In the past year alone, the number of farm breweries has tripled. This legislation will establish hopyards as agricultural land with the same tax abatement as vineyards and orchards; allowing local farmers to thrive and contribute to a stronger, more diverse agricultural sector for years to come. I would like to acknowledge Governor Cuomo's commitment and recognition of the value and growth potential of our agricultural industry, and thank him for signing this bill into law."
Assembly Member Robin Schimminger said, "This new law will allow for greater parity among New York State's growing farm-based alcohol producing industries. I am pleased that the Governor signed this measure into law. Granting a farm distillery, the ability to engage in custom liquor production for a non-licensed individual for personal or family use only will enable growth in this previously untapped industry."