Rainfall Totals: How Wet Did Your Town Get

The August 13th rainstorm dumped as much 13 inches of rain in some areas. 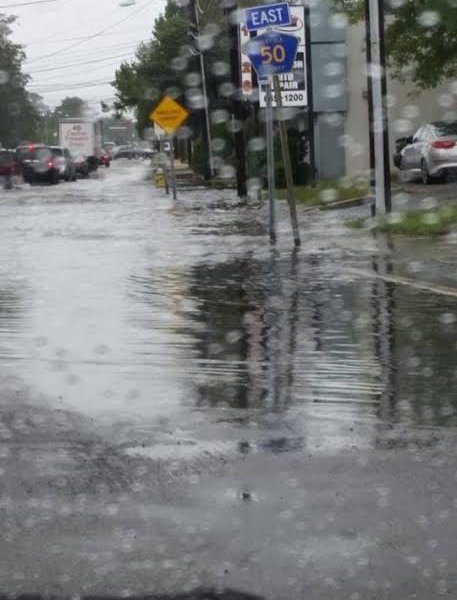 This morning, Long Islanders woke up to incredible flooding - last night's torrential downpour drenched the Island, damaging countless homes and cars, making many local roadways impassable, and causing at least one fatal accident. At Islip's MacArthur Airport, rainfall totals exceeded a foot - the official reading from the National Weather Service was a whopping 13.27 inches. Islip's rainfall was the highest recorded total for the day, although many coastal towns in both Nassau and Suffolk reported rainfall totals of over half a foot.
The heavy flooding prompted the Town of Islip to declare a state of emergency, and Governor Cuomo to dispatch emergency recovery responders to assist with the clean up and recovery post-storm. This morning, there were closures on eleven major roadways on Long Island, including the Long Island Expressway, Northern State Parkway, Sunrise Highway, and the Wantagh State Parkway. Although the rain has stopped, and roadways are once again becoming drivable, there is still major flooding across Long Island, and Islip, as well as other hard-hit areas, will likely continue to recover from today's storm for days to come.
Here are the current reported rainfall totals for Long Island for August 13th, 2014:
Nassau County
Suffolk County

Although the rain has stopped, and the sun is shining, some local roads may still be experiencing serious flooding and closures. Before you hit the road, be sure to check out LongIsland.com's Traffic Center, which features traffic updates in real time. You can also take a peek at the current traffic conditions over in our Traffic Cam Center, and get the latest transit updates over at our LIRR Schedule & Trip Planning Guide.

If your home has suffered flood damage, be sure to check out "What to Do After a Flood" - our Guide to proper clean up and sanitation post-flood. Flood waters can cause serious damage to homes, and proper post-flood clean up can help to prevent mold, and other serious problems down the line.

Have a photo of flooding in your neighborhood?
Email it to us, and we'll add it to our Floodageddon Photo Gallery.

How much rain did your neighborhood have? Let us know, and we'll update our list.

Pictured in the Feature Photo: Flooding on Union Avenue in Bay Shore.