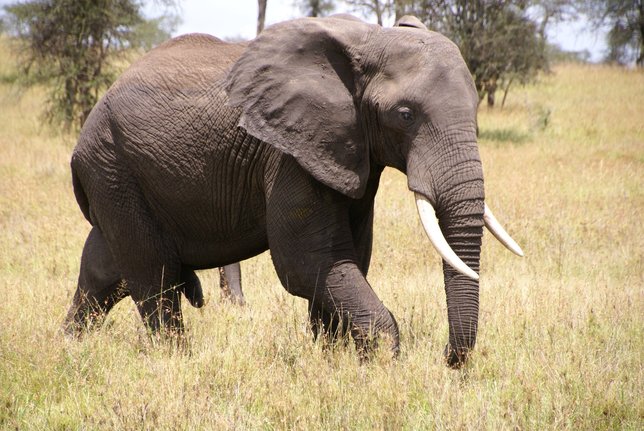 Albany, NY - August 12, 2014 - Governor Andrew M. Cuomo today signed a new law to prevent the trade of illegal ivory articles by strengthening criminal and civil penalties for buyers and sellers whose actions are endangering elephant populations worldwide. The law bans the sale of elephant and mammoth ivory and rhinoceros horns, with limited exceptions for products such as antiques demonstrated to be at least 100 years old and containing only a small amount of ivory. The adoption of these stricter sanctions is a major step to deter the ivory trade in the U.S. and protect important species.

“Today, New York State is taking a stand against a dangerous and cruel industry that is endangering animals across the world,” Governor Cuomo said. “Restricting the market for ivory articles will help bring an end to the slaughtering of elephants and rhinoceroses and sends a clear message that we will not allow the illegal ivory trade to continue in New York. I urge other states and nations to join us in working to protect these endangered species for generations to come.”

Due to the demand for illegal wildlife products like ivory, poachers are slaughtering elephants and selling ivory articles for large profit. The Wildlife Conservation Society estimates that 96 elephants are killed every day to fuel the ivory trade. As a result of this illegal activity, some species of elephants and rhinos are threatened with extinction. New York is believed to be the largest market for ivory in the United States.

During this year’s legislative session, Governor Cuomo and legislative leaders worked together to develop a strong bill that prohibits transactions involving ivory materials, with very limited exceptions. The new law signed today expands the scope of activities that are illegal in New York and increases criminal and civil penalties to deter people from violating this law.

The Governor signed this legislation on World Elephant Day, a day devoted to raising awareness and support for the plight of Asian and African elephants and their habitats. More information can be found at http://worldelephantday.org/.

In 2012, a joint investigation by the New York State Department of Environmental Conservation (DEC), the U.S. Fish and Wildlife Service and the Manhattan District Attorney’s office led to the seizure of elephant ivory worth more than $2 million from jewelers based in New York City. Under current law, while the product was seized and destroyed, the penalties imposed on the jewelers were minimal. This investigation exposed the need for increased sanctions to curtail New York’s role in this illegal trade.

The new law is dedicated in honor of Lt. John Fitzpatrick, a long-time Environmental Conservation Officer for DEC, who spearheaded investigations of illegal ivory sales, helped to institute new ivory permit procedures and raised awareness of the need to improve endangered species protections. Lt. Fitzpatrick passed away on May 7, 2014 at the age of 46.

DEC Commissioner Joe Martens said, “Governor Cuomo and the State Legislature have taken strong action to reduce and hopefully eliminate the illegal ivory trade in New York, an important step to enhance global protections for critical animal populations. The new provisions of this law set strict standards. In honor of the memory and tireless work of Lt. John Fitzpatrick, DEC will be vigilant in enforcing this new law and continue its efforts to stop ivory trade in New York State.”

Senator Andrew Lanza said, “The illegal ivory trade is an international crisis in which 35,000 African elephants were slaughtered in 2012 alone. Poachers who are supporting terrorism and the drug trade are acting with impunity helped in part by receptive markets in New York City and Asia. We will make a difference right here in New York with this new law which will lead to higher conviction rates and tough criminal sentences. I thank Governor Cuomo, Assemblyman Sweeney and all the conservationists and advocates who have given voice to this horror.”

Assemblyman Robert Sweeney said, “This new law will protect elephants, which are being slaughtered at the rate of 96 per day, to satisfy the vanity ivory market and to finance terrorism. The law now acknowledges the significant impact our state can have on clamping down on illegal ivory sales a continent away in order to save elephants from the ruthless poaching operations run by terrorists and organized crime which threaten their extinction.”

John Calvelli, WCS Executive Vice President for Public Affairs and Director of the 96 Elephants campaign, said, “We are honored to share this historic moment with the Governor and our growing family of supporters in bringing the ivory trade to an end in New York State, the number one importer of ivory in the United States. We hope that the leadership shown by Governor Cuomo and the New York State Legislature will prompt leaders around the globe to redouble their efforts to help save elephants for future generations.”

Peter Lehner, Executive Director of the Natural Resources Defense Council (NRDC), said, “Today New York became a leader in the global fight to save elephants worldwide. This groundbreaking new law will end New York’s role as the biggest ivory market in the United States and create a model for other states and countries around the world to follow. And it will help ensure that Africa’s few remaining elephant herds are not culled for trinkets and beads.”

Brian Shapiro, New York State Director for The Humane Society of the United States, said, “We applaud Governor Cuomo and state lawmakers for enacting and signing this important legislation that protects elephants and rhinos, cracks down on wildlife traffickers and ends New York’s role in the deadly international elephant ivory and rhino horn trades. The overwhelming support of the legislature and the public for this important bill is a testament to New York’s long-standing leadership in global affairs, such as safeguarding imperiled species. By prohibiting the trade of ivory and rhino horns, New York is providing a bold and much needed solution to save elephants and rhinos from an unprecedented global poaching crisis.”

Manhattan District Attorney Cyrus R. Vance, Jr., said, “The illegal ivory market is an international problem that requires local solutions. Every person involved in the ivory market - from the poacher to the importer to the seller to the buyer – is complicit in a species-wide crisis. This law appropriately strengthens penalties against those who play a critical role in the potential extinction of a species. I commend the Governor and State Legislature for enacting legislation that protects animals and honors Lt. Fitzpatrick’s legacy.”