After being fired four years ago, Anthony Claudio, a special education teacher at Mattituck-Chutchogue Junior Senior High School, will be returning to the classroom following a ruling by a federal judge that he must be ... 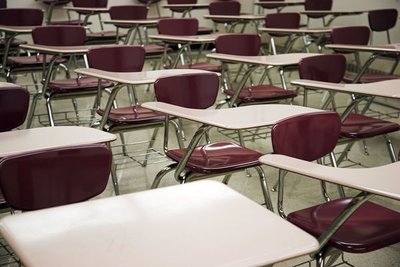 After being fired four years ago, Anthony Claudio, a special education teacher at Mattituck-Cutchogue Junior Senior High School, will be returning to the classroom following a ruling by a federal judge that he must be rehired because of age discrimination.

Claudio, 51, sued the Mattituck-Cutchogue School District after he was fired in 2009 while the majority of the other special education teachers were young women, many of whom had been tenured, according to Newsday.

"Discrimination is a form of bullying and that's something they are always trying to fight against" in school, Claudio said.

After finding that the district engaged in age discrimination, a federal jury awarded Claudio $70,000 in back pay, but rejected his additional claim of gender bias.

In July, U.S. District Judge Joseph F. Bianco in Central Islip denied the school district's appeal of the verdict and ordered Claudio’s reinstatement at an Aug. 1 hearing, citing evidence that the superintendent "initially agreed the plaintiff should receive tenure, but he then decided not to grant tenure, electing instead to terminate the plaintiff's employment."

The judge’s ruling requires that Claudio be reinstated in a probationary position but does not require the district to grant him tenure.

Witnesses at the trial, which included two school board members, said they believed Claudio's performance merited his becoming tenured.

Claudio's attorney, Frank J. Blangiardo of Cutchogue, said his client is entitled to the same seniority he had before his dismissal and should also be compensated for lost Social Security payments.

Bianco left the decision of whether to rehire Claudio for an open fifth-grade teaching position or find another way to reinstate him up to the district. "I don't think it's a good situation . . . for me to be micromanaging the district's decision on which teachers are best suited for which particular positions," he said, according to a transcript of the hearing.

But Smithtown attorney Yeltje DeJong, who represents the district, argued that Claudio doesn’t qualify for the elementary teaching position since his experience at that level is limited to substitute teaching. She further pointed out that Claudio lacks training in the required Common Core curriculum.

Claudio, who will resume an eight-year career with the district, said he would accept the fifth-grade position but would prefer his former job at Mattituck-Cutchogue Junior Senior High School.

“I loved my kids,” he said. “It's a wonderful feeling to know you helped educate kids. They say, ‘Hey, thanks for all your advice, I really used it.’”

What’s your opinion? Include your thoughts below or on our Long Island Living Discussion Forum.