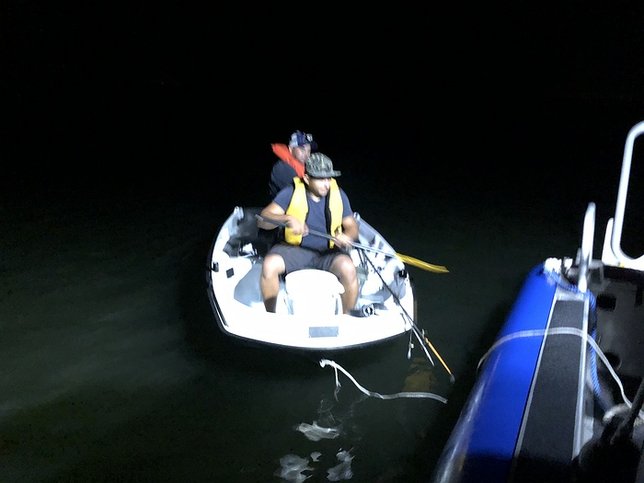 According to a Suffolk County Police report, Marine Bureau officers rescued two brothers from a boat that was disabled in the Long Island Sound on Monday night.

The two men, from Brentwood, were on a 10-foot rowboat about three miles off Sunken Meadow Beach in the Long Island Sound with no motor and only one paddle. They called 911 a little after 10pm when they realized they could not get back to shore, the police report said.

Marine Bureau Officers Charles Marchiselli and Joseph Lanzisera responded to the call and took the brothers aboard. They towed the boat to Sunken Meadow Beach. The brothers were wearing life-jackets and were not injured.