Bay Street Theater is pleased to announce that My Fair Lady will be extended through September 4 due to popular demand. 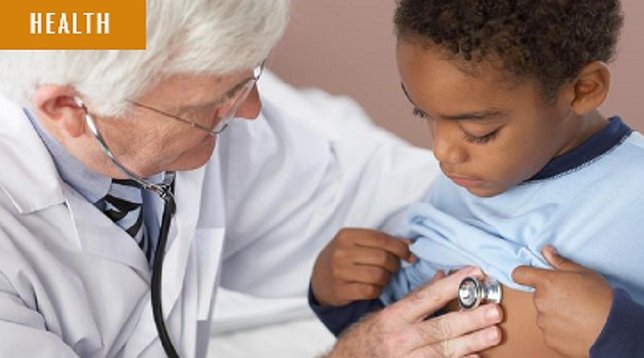 Sag Harbor, NY - August 9, 2016 - Bay Street Theater is pleased to announce that My Fair Lady will be extended through September 4 due to popular demand.The classic musical has book and lyrics by Alan Jay Lerner and music by Frederick Loewe. It is based on the play Pygmalion by George Bernard Shaw and Gabriel Pascal's motion picture. The production is directed by Michael Arden, Tony Award nominee and Outer Critics Circle Award-winner for Best Director of a Musical for the Broadway revival of Spring Awakening . 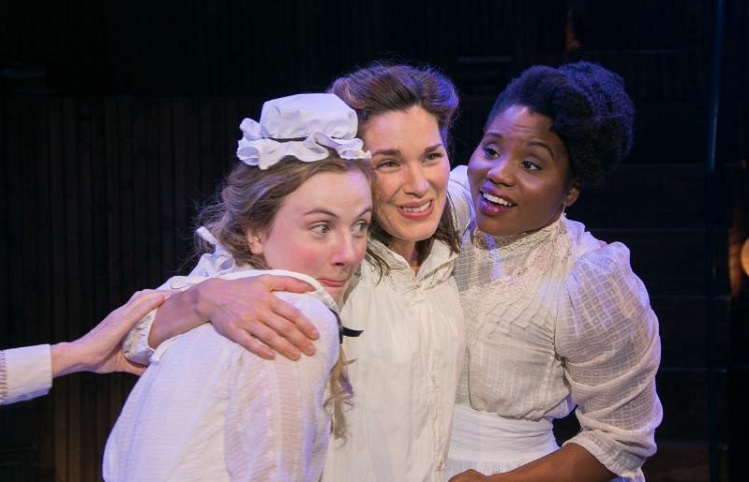 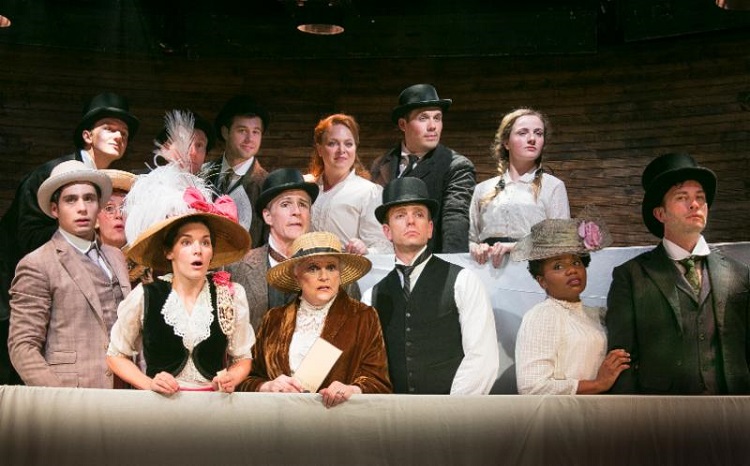 The Ensemble includes Kyle Barisch, Jen Bechter, Roger Dewitt, Meghan LaFlam, Mickey Rafalski, Lindsay Roberts, and Bradley Allan Zarr.
The production team includes Chase Brock (Choreography), Adam Wachter (Music Director), Dane Laffrey (Set Design), Asta Bennie Hostetter and Dane Laffrey (Costume Design), Howell Binkley (Lighting Design), Joel Abbott (Sound Design), Andrew Diaz (Props Design), Meg Murphy (Hair and Makeup Design), and Stephen Gabis (Dialect Coach). Casting by Stewart/Whitley.
When Eliza Doolittle, a cockney flower seller, meets the imperious and attractive Professor Henry Higgins one night in Covent Garden, they agree to embark on a daring experiment together. Higgins wagers that he can transform the "deliciously low" Eliza into a lady fit for society by teaching her to speak more beautifully.  Sparks fly in what becomes a funny and ferocious battle of the sexes, a struggle of classes, and a rollicking romance. Acclaimed director Michael Arden's innovative new production will feature two pianos and fifteen actors who will bring the classic story to life in ways you've never seen before.  One of the greatest musicals of all time, with a magnificent score featuring the beloved songs "I Could Have Danced All Night," "Wouldn't It be Loverly" and "On the Street Where You Live," this Fair Lady is a perfect musical for the whole family.
"It is a thrill to conclude Bay Street's 25th Anniversary Season with this great musical that has audiences on the East End humming as they exit the theater and talking about Michael Arden's bold new vision of the beloved classic," says Artistic Director Scott Schwartz, "We are so pleased to be able to extend the run of My Fair Lady for one week more than originally scheduled, giving people more opportunity to enjoy this remarkable cast and production and to celebrate the finale of Bay Street's Season."
The 2016 Mainstage Season is sponsored in part by New York State through the generosity of Assemblyman Fred Thiele and State Senator Kenneth P. LaValle; the New York State Council on The Arts, a State Agency; Town of Southampton; The Harold and Mimi Steinberg Charitable Trust; The Shubert Foundation; and fully or partially funded by the Suffolk County Executive's Office. Support for new work comes from The New Directions Fund and the Joseph Stein New Musical Fund. Previews are sponsored by Peconic Landing. Sponsored in part by Baron's Cove.
Student Sunday Matinees returns this summer for all students can receive (1) FREE admission for the 2pm Sunday performances of My Fair Lady. Valid student ID must be shown.
Returning this year is Talkback Tuesdays with Bay Street's Artistic Director, Scott Schwartz, and members of My Fair Lady cast following each Tuesday performance.
Performance times: Tuesdays, Wednesdays and Sundays at 7 pm; Thursdays, Fridays and Saturdays at 8 pm. Matinees at 2 pm on Wednesday and Sundays.
For more information or to purchase a 2016 Mainstage Season subscription, log on to www.baystreet.org or call the Box Office at 631-725-9500.
Bay Street Theater & Sag Harbor Center for the Arts is a year-round, not-for-profit professional theater and community cultural center which endeavors to innovate, educate, and entertain a diverse community through the practice of the performing arts. We serve as a social and cultural gathering place, an educational resource, and a home for a community of artists.