9 Books Set on Long Island to Read on the Beach

Check out some of these classic books if you’re looking to add to your summer reading collection. 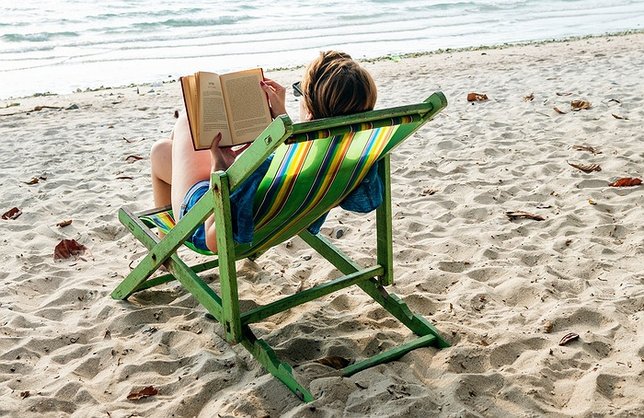 This author, whose novel Revolutionary Road was made into an award-winning movie starring Kate Winslet and Leonardo DiCaprio, never had a best seller. But, like many other novels he wrote, Cold Spring Harbor, set on Long Island, was highly regarded and also the last published before his death. The publisher describes this story as “a masterful, unflinching tale of two families brought together by chance, desperation, and desire.”

A New York Times Bestseller, the book tells the story of the Long Island spy ring that helped win the Revolutionary War. According to the book’s description on the publisher’s website, in 1778, General George Washington needed to know where the British would strike next. “To that end, he unleashed his secret weapon: an unlikely ring of spies in New York charged with discovering the enemy’s battle plans and military strategy.” The book was the basis for the AMC miniseries, Turn: Washington’s Spies.

Child of My Heart

In McDermott’s novel “a woman recalls her fifteenth summer with the wry and bittersweet wisdom of hindsight.” It is set on the East End of Long Island.

Hoffman’s book Practical Magic was made into a movie starring Sandra Bullock, Nicole Kidman, and Stockard Channing. In Local Girls, the author “casts her spell over a Long Island neighborhood filled with dreamers and dreams as she evokes the world of the Samuelsons, a family torn apart by tragedy and bound together by devotion.”

This 1990 release debuted on The New York Times Best Sellers list. DeMille’s story is about the North Shore of Long Island and two men who according to his website, “ are destined for an explosive collision: John Sutter, Wall Street lawyer, holding fast to a fading aristocratic legacy; and Frank Bellarosa, the Mafia don who seizes his piece of the staid and unprepared Gold Coast like a latter-day barbarian chief and draws Sutter and his regally beautiful wife, Susan, into his violent world.”

DeMille’s 1997 novel debuted at number 1 on The New York Times Best Sellers list. In this novel he explores Plum Island, “the research site rumored to be an incubator for germ warfare.”

According to best-selling author James Patterson’s website, in this novel, “dark mysteries come to East Hampton while a struggling lawyer fights to save his friend from being framed for a triple murder.”

In this best-selling young adult novel - also made into a movie - the hero, Percy Jackson, finds himself sent to Camp Half Blood, a summer camp for demigods on Long Island. There he finds out that the father he never knew is Poseidon, God of the Sea. This is the beginning of the pre-teen favorite series of adventure novels based in Greek Mythology.

This 1978 novel by Issacs was made into a movie in the 80s starring Susan Sarandon and Raúl Juliá. According to her website, “Judith Singer, the protagonist of Compromising Positions, is intelligent, brash and witty. But she is trapped by her lifestyle in Shorehaven (‘minutes from Fitzgerald’s East Egg’); a stuffy husband (‘Judith, don’t tell me you haven’t gained weight. I can see it in your waist.’) demanding children (‘I hate her peanut butter. It’s the smooth kind.’) and a stultifying suburban home (‘two weeks of accumulated laundry’). When Dr. Bruce Fleckstein, a local periodontist and notorious stud, is found murdered, Judith’s life takes an interesting turn- and is infused with a sense of purpose.” Many of Issacs’ novels are set on Long Island.