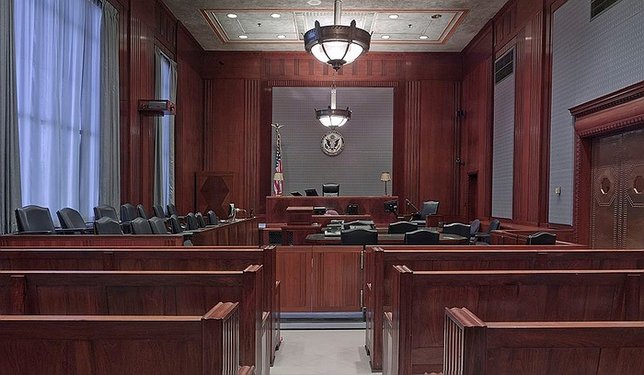 The FBI reports the indictment of four alleged MS-13 members in Queens, NY.

Queens, NY - August 8, 2018 - Earlier today, Melvi Amador-Rios, Santos Amador-Rios, Yan Carlos Ramirez and Antonio Salvador were charged in a four-count indictment with assault, murder conspiracy and attempted murder in-aid-of racketeering, along with a related firearms offense. The defendants were arrested today and will be arraigned this afternoon before United States Magistrate Judge Marilyn D. Go at the federal courthouse in Brooklyn.
Richard P. Donoghue, United States Attorney for the Eastern District of New York, William F. Sweeney, Jr., Assistant Director-in-Charge, Federal Bureau of Investigation, New York Field Office (FBI), and James P. O’Neill, Commissioner, New York City Police Department (NYPD), announced the indictment.
“As alleged, the defendants are members of MS-13, an international gang known for its culture of violence and murder,” stated United States Attorney Donoghue.  “They used their positions to direct, instruct and assist lower-level gang members to shoot and kill a suspected rival on the streets of Jamaica, Queens.  We will continue to work with our law enforcement partners to hold accountable those who spread fear in our communities by participating in such acts of violence.” Mr. Donoghue thanked the Queens District Attorney’s Office for its assistance in the investigation.
“Since January 2016, the FBI Safe Streets Gang Task Forces in Queens and Long Island have arrested more than 45 of the most violent MS-13 members in the area and charged them with murder, attempted murder, arson, and assault,” stated FBI Assistant Director-in-Charge Sweeney. “Today’s operation is a continuation of this coordinated and sustained effort.  The task force will not stand by while this gang engages in meaningless violence in an attempt to use fear to poison and control our communities.”
“Through close collaboration with our law enforcement partners at the FBI and the Eastern District of New York, the NYPD will continue to conduct aggressive, precisely-directed investigations into criminal groups like this,” stated NYPD Commissioner O’Neill. “Such cases result in strong indictments that ultimately send these criminals to prison. And this important work stanches the violence – which is an essential step toward healing gang-plagued communities and fulfilling our duty to work with and protect all New Yorkers, in every neighborhood.”
According to court filings, the defendants are members of the La Mara Salvatrucha, or MS-13. Melvi Amador-Rios is the leader of the Centrales Locos Salvatruchas (CLS) clique of MS-13, which operates in Jamaica, Queens. On October 22, 2016, Amador-Rios directed a low-level CLS member, known as a “chequeo,” to obtain a firearm from his brother, Santos Amador-Rios, and use the firearm to murder a rival gang member. The CLS chequeo obtained the firearm and enlisted two other CLS chequeos to assist in the murder. Yan Carlos Ramirez and Antonio Salvador instructed the three CLS chequeos how to use the firearm to carry out the murder.  During the early morning hours of October 23, 2016, in Jamaica, Queens, the three CLS chequeos confronted the suspected member of the rival 18th Street gang, beat the victim and shot him in the head. The victim survived the attack, but is now a paraplegic.
Today’s indictment is the latest in a series of federal prosecutions by the United States Attorney’s Office for the Eastern District of New York targeting members of the MS-13, a violent international criminal organization. The MS-13’s leadership is based in El Salvador and Honduras, but the gang has thousands of members across the United States, comprised primarily of immigrants from Central America. Since 2003, hundreds of MS-13 members, including dozens of clique leaders, have been convicted on federal felony charges in the Eastern District of New York. A majority of those MS-13 members have been convicted on federal racketeering charges for participating in murders, attempted murders and assaults. Since 2010, this Office has obtained indictments charging MS-13 members with carrying out more than 45 murders in the district, and has convicted dozens of MS-13 leaders and members in connection with those murders. These prosecutions are the product of investigations led by our law enforcement partners including the FBI’s Safe Streets Task Force, comprising agents and officers of the FBI and NYPD.
The government’s case is being handled by the Office’s Organized Crime and Gangs Section. Assistant United States Attorneys Nadia E. Moore and Nadia I. Shihata are in charge of the prosecution.
The Defendants:
E.D.N.Y. Docket No. 18-CR-398 (RRM)
A criminal charge is an accusation. A defendant is presumed innocent until and unless proven guilty.