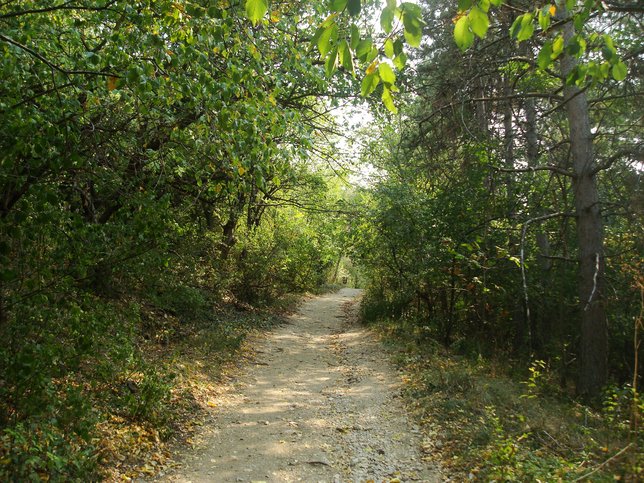 Albany, NY - August 7, 2013 - Governor Andrew M. Cuomo recognized the 20th anniversary of the New York State Environmental Protection Fund (EPF) earlier this week. The EPF offers wide ranging benefits to communities around the state and plays an important role in preserving the state’s natural resources and habitats. After years of severe funding cuts, the Governor secured and increased funding for the EPF for fiscal year 2013-2014 by $19 million, bringing the Fund to a total of $153 million.

“Twenty years ago, a vision to protect our State’s environmental heritage and resources became a reality with the creation of the Environmental Protection Fund, and today we continue to advance those important goals,” Governor Cuomo said. “Smart EPF investments in communities across the state are protecting New York’s air, land, water and natural resources, helping to expand recreation opportunities that attract tens of millions of visitors each year and promote economic development. As we reflect on what has been accomplished by the EPF, we also look forward to continuing New York’s proud environmental legacy.”

Over the past 20 years, the EPF has provided more than $2.7 billion for a variety of environmental projects, including:

Open Space Protection/Expansion of State Parks
EPF funds have protected more than 618,000 acres of open space, including 479,000 acres of valuable working forest lands. In addition, more than 72,000 acres of productive farmland have been preserved, keeping these lands in private ownership and permanently available for farming.

Also under the EPF, nine new State Parks were created and 32,000 acres were added to New York’s parks system, providing unique and diverse recreation opportunities, including many in close proximity to urban areas. Further, $217 million in EPF funds have supported 1,300 projects for municipal parks, historic preservation and heritage areas.

In 2012 alone, New York conserved and protected nearly 39,000 acres in fee and conservation easements. Projects included the first phase of the acquisition of Finch Pruyn lands in the Adirondacks, the addition of 76 acres to the Zoar Valley Multiple Use Area, one of the most scenic and ecologically diverse areas in Western New York, and additions to the Harlem Valley Rail Trail in Dutchess County.

Community Partnerships to Revitalize Waterfronts
New York has also rediscovered and opened up underutilized waterfront areas through the EPF’s Local Waterfront Revitalization Program (LWRP), which connects communities with their waterfronts, boosts local economies and improves the quality of life in more than 330 communities across the state. These state-local partnership projects have converted industrial lands into accessible parks and created trails, kayak/canoe launches, environmental education centers, and waterfront greenways that are easily accessible to people in densely-populated urban areas.

In 2011 and 2012, the City of Troy, Rensselaer County, received grants totaling more than $1.5 million to create additional access points and pedestrian linkages between the Hudson River waterfront and the city’s downtown Restaurant District. The project supports the city’s Riverfront Park Master Plan and enhances pedestrian connections to the waterfront.

Stewardship of Millions of Acres of Land
The EPF also supports the stewardship of public lands, including state parks and millions of acres of public lands throughout the state. Through partnerships with volunteer organizations, state agencies use stewardship funding to manage trails and lands, protect natural resources, preserve wildlife habitats, make critical capital improvements at parks and campgrounds and provide access to persons with disabilities.

The EPF has provided funding to a variety of important organizations and programs, including the Albany Pine Bush Commission, the Central Pine Barrens Joint Planning and Policy Commission, the Hudson River Estuary Program and the New York State Conservation Partnership Program, a grassroots public-private partnership between the State Department of Environmental Conservation (DEC) and the Land Trust Alliance to promote local conservation across New York.

Waste Management and Recycling of Materials
The EPF has provided critical assistance for municipal waste reduction and recycling, landfill closures, pollution prevention and the collection of household hazardous waste.

Additionally, Empire State Development’s Environmental Investment Program (IEP) provides investments for businesses to identify and implement sustainable environmental management. Under the IEP, $61 million has been awarded for 400 projects, which has leveraged an additional $191 million in investments.

Under the EPF, New York has invested $87 million for waste prevention and recycling by local governments, $120 million for agricultural pollution prevention and conservation projects, $86 million to assist with the closing of more than 260 municipal landfills, and $25 million for pesticide monitoring and prevention. The Fund has also provided nearly 640 grants to 85 municipalities for household hazardous waste collection, which has led to the collection and proper disposal of more than 130 million pounds of household hazardous waste.

Just earlier this year, a $2 million State Assistance Grant was provided to Westchester County to assist the County with the purchase and installation of a state-of-the-art optical sorting system to increase the percentage of plastics removed from the waste stream. The county also received $1,236,552 in grants for its household waste collection program over the last three years.

Under the EPF Green Infrastructure Grant Program, the New York State Environmental Facilities Corporation (EFC) provided a $645,000 grant in 2011 to support the Saw Mill River daylighting project in Yonkers. This project is designed to re-create a natural river by removing structures built above the water, which will improve water quality and aquatic habitats, enhance recreation opportunities, and boost economic development potential. This particular grant supported green components of the project, including construction of 4,000 square feet of tidal wetlands, and furthered the State’s commitment to the project under the EPF.

DEC Commissioner Joe Martens said, “The EPF has proven to be one of the most valuable tools we have to protect our air, land and water, and we have seen the success of our collaborative efforts with local partners. Governor Cuomo has been a strong proponent of the EPF and New York’s unique and diverse environment, and we will continue to build on the legacy of the EPF to protect our resources and build strong, healthy communities.”

State Parks Commissioner Rose Harvey said, “Over the past 20 years, the Environmental Protection Fund has been crucial to creating new state and local parks, opening up new recreational opportunities, protecting and preserving historic landmarks and providing natural buffers to existing parks. As technology and urban growth change the way we live, Governor Cuomo should be commended for his strong commitment to the EPF, which is so important to connecting people to the state’s heritage, culture and great outdoors.”

State Department of Agriculture and Markets Commissioner Darrel J. Aubertine said, “Farmers are great stewards of the lands they depend on for their livelihood. For 20 years strong, through the Environmental Protection Fund, New York State has helped farmers balance their economic goals while protecting our abundant natural resources. Grants made possible through the EPF have helped farmers put strong conservation practices in place that preserve the soil, protect the watershed, and manage nutrients.”

Empire State Development President, CEO & Commissioner Kenneth Adams said: “The EPF has not only allowed New Yorkers to better enjoy our State’s parks, waterways and public lands, it has also had a significant impact on our economy, supporting key industries like forestry and agriculture, and providing new investments through programs like ESD’s EIP program. The EPF is critical to job creation and the growth of our tourism economy, and I applaud Governor Cuomo's leadership in investing in and protecting our state’s precious resources."