Former President George W. Bush underwent a successful procedure at a Dallas Hospital Tuesday morning to open a blocked artery after his doctors discovered the condition during an annual physical examination, according to an official ... 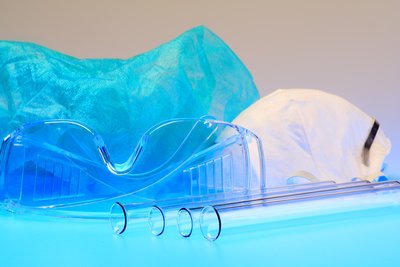 Former President George W. Bush underwent a successful procedure at a Dallas hospital Tuesday morning to open a blocked artery after his doctors discovered the condition during an annual physical examination, according to an official spokesperson.

After uncovering the blockage on Monday at the Cooper Clinic in Dallas, Bush’s doctors recommended a stent (a small tube) be placed to open his artery and maintain blood flow.

According to Reuters, Bush, 67, was "in high spirits, eager to return home tomorrow and resume his normal schedule on Thursday," spokesman Freddy Ford said in a statement.

Bush expressed thanks for the professionals who cared for him and for the prayers and well wishes of family, friends and fellow Americans. And he encourages us all to get our regular check-ups, ABC News reported.

Bush, who doesn't have a family history of artery or heart disease, had a reputation as a fitness enthusiast during his two-term presidency from 2001 to 2009. Eventually knee pain led him to substitute bicycling for running.

In May, Bush took part in his 3rd Annual Bush Center Warrior 100K mountain bike ride. Each spring, approximately 20 servicemen and women wounded in the global war on terror join Bush for a 100-kilometer mountain bike ride, highlighting the bravery and sacrifice of warriors and to recognize organizations that support America’s heroes.

Later, in July, Bush joined President Obama at a ceremony in Tanzania marking the 15th anniversary of an al Qaeda attack on the U.S. Embassy there that left 10 Tanzanians dead and injured 85 Americans and Tanzanians.

During their African trip, Bush and his wife, Laura, also worked to renovate a clinic in Zambia.