The Third Precinct reports the arrest of an Albany woman for Reckless Endangerment that occurred on Monday, August 4, 2014 at 7:03 p.m. in New Hyde Park. 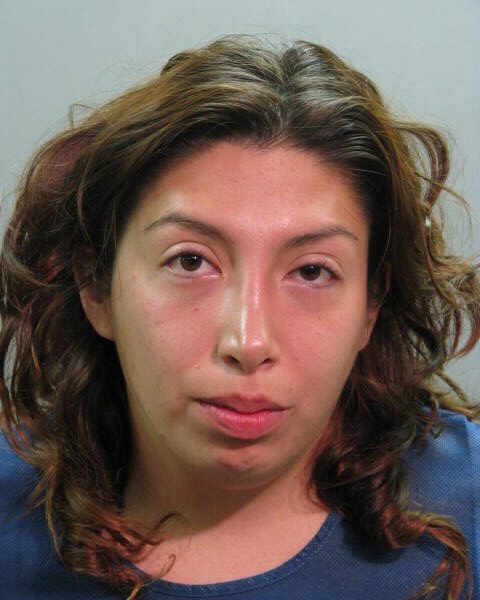 According to police, the defendant Sarah Espinosa, 22 of S. Main Avenue was operating a 2010 Toyota Prius westbound on Jericho Turnpike when she drove over the center median striking a Nissan Maxima and continuing through the front garage door of the New Hyde Park Fire House located at 1555 Jericho Turnpike. Her vehicle collided with two fire trucks parked in the firehouse causing damage to the vehicles.

Fire personnel who were present at the time of the accident rendered aid to the victim at which time they discovered a small ball python snake wrapped around the defendants neck. They removed the snake from the defendant’s neck and secured it at the scene.  Third Precinct officers responded and determined Espinosa had stolen the snake from the PETCO located at 2233 Jericho Turnpike, Garden City Park just prior to the accident. During the investigation Espinosa was found to be in possession of marijuana. The defendant was treated and released from a local hospital. There were no other injuries reported. The snake was returned to the store.

Espinosa is charged with Reckless Endangerment 2nd degree, Petit Larceny, Reckless Driving, Driving While Intoxicated, and Unlawful Possession of Marijuana. She will be arraigned on Tuesday, August 05, 2014 at First District Court in Hempstead.