Are there wild turkeys in your neighborhood? Help the DEC by downloading a survey form and tracking the turkey population in your area so that the DEC can predict harvest potential for the fall. 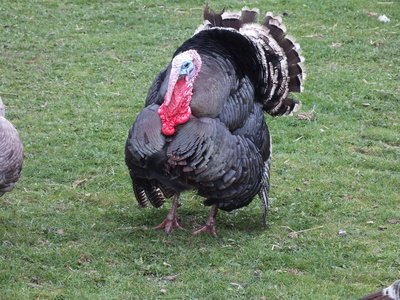 Long Islanders who have wild turkeys roaming about in their neighborhoods and yards are being asked by the New York State Department of Environmental Conservation to participate in a citizen scientist effort to survey game bird populations this summer.

Participants in the Summer Wild Turkey Sighting Survey can come from any part of New York, and must complete an easy survey form found on the DEC website, which includes details about the wild turkey spotted, such as how many turkeys were spotted and their gender, as well as if they are adults or poults, which are baby turkeys.

"Citizen science efforts such as these provide our wildlife managers with invaluable data and give people the opportunity to partner with DEC to help monitor state wildlife resources," said Commissioner Joe Martens in a press release. "I encourage residents to take the time to record their observations of turkeys or pheasants while exploring the forests and fields around their home or driving through New York's beautiful landscapes this summer."

The DEC is asking that surveyors only keep track of wild turkey spotted in the month of August.

The amount of surveys completed greatly influences the study.  In 2012, there was a downward trend in turkey populations on Long Island, but scientists from the DEC are sure to note that there were only 8 records and 4 hen-flocks studied last year.

According to the press release, the surveys are used to “gauge reproductive success and predict fall harvest potential.”

Male turkeys, called toms or gobblers, have red, blue, and white skin on their heads, dark black-brown bodies, and hair-like feathers on their chests.  They are typically about 2.5 feet tall and weigh between 18 to 20 pounds.  Female turkeys, called hens, are smaller than toms and weigh 9 to 12 pounds.  They are lighter in color, with rusty-brown feathers and a blue-gray head.