Fourth Squad detectives report the details of a Serious Aided Case that occurred on Saturday, August 1, 2015 at 12:50 pm in East Atlantic Beach. 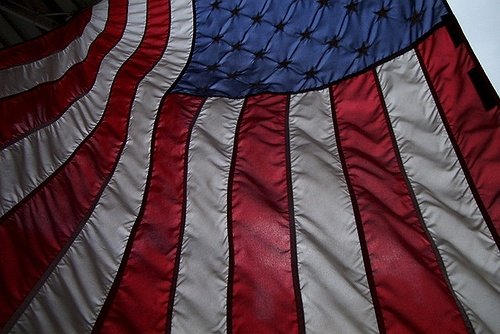 According to detectives, while attempting to hang an American Flag across the middle of Buffalo Avenue to celebrate a residential block party, a 27 year old male victim used a weighted plastic bottle attached to a rope to throw over electrical wires.  The rope eventually overhung a high tension wire (7620 volts). In an attempt to get the rope and bottle off the electrical line, the victim, using a metal skylight/awning pole, stood on the edge of a second story floor porch, contacted the wire and was subsequently electrocuted  causing him to go into cardiac arrest and fall off the ledge of the porch.

Witnessing neighbors, including a nurse and an off duty Old Westbury Police Department Police Officer, ran to his aid and performed CPR while 911 was contacted.

The victim was transported to a local hospital and was admitted in serious but stable condition.

Residents are reminded that contact in any manner with overhead wires, regardless of their origin, can be extremely hazardous and should avoided.