Daniel Dumile, best known by his stage name MF DOOM, was a rapper and record producer who grew up in Long Beach, NY. 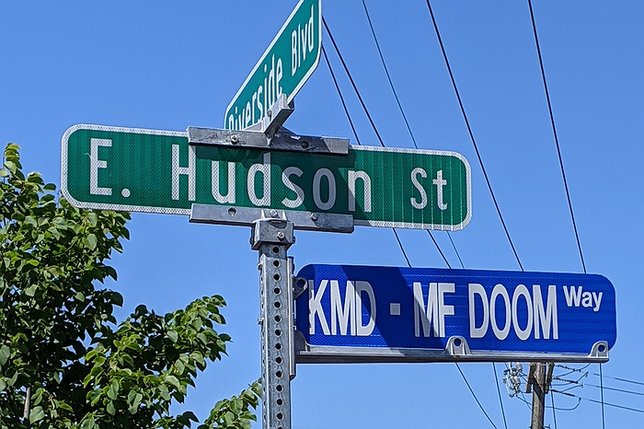 A street-naming ceremony was held in Long Beach, NY this past Saturday, July 31, in honor of the late Daniel Dumile, AKA MF DOOM, a pioneering British-American rapper and record producer who was born in London, England, but moved to and was raised in Long Beach, NY at a young age.

East Hudson Street - the street where the home that the rapper grew up in is located - is now renamed "KMD – MF DOOM Way," acknowledging both MF DOOM himself and the popular rap group KMD that he formed with his late brother Dingilizwe in the early 1990's. The street runs between Long Beach Boulevard and Riverside Boulevard.

Dumile was born in London on July 13, 1971, but spent his formative years in Long Beach and other parts of Long Island, eventually forming KMD with his brother and band mate Dingilizwe, AKA DJ Subroc. After the untimely passing of his brother in 1993, Dumile took a hiatus from music, eventually returning in 1997 under the masked persona of MF DOOM, inspired by the Marvel Comics villain Dr. Doom.

Dumile would release three independent albums under the MF DOOM name: 1999's "Operation Doomsday," 2004's "Mm...Food," and 2009's "Born this Way," all of which were considered unique and inspirational classics in the rap field. 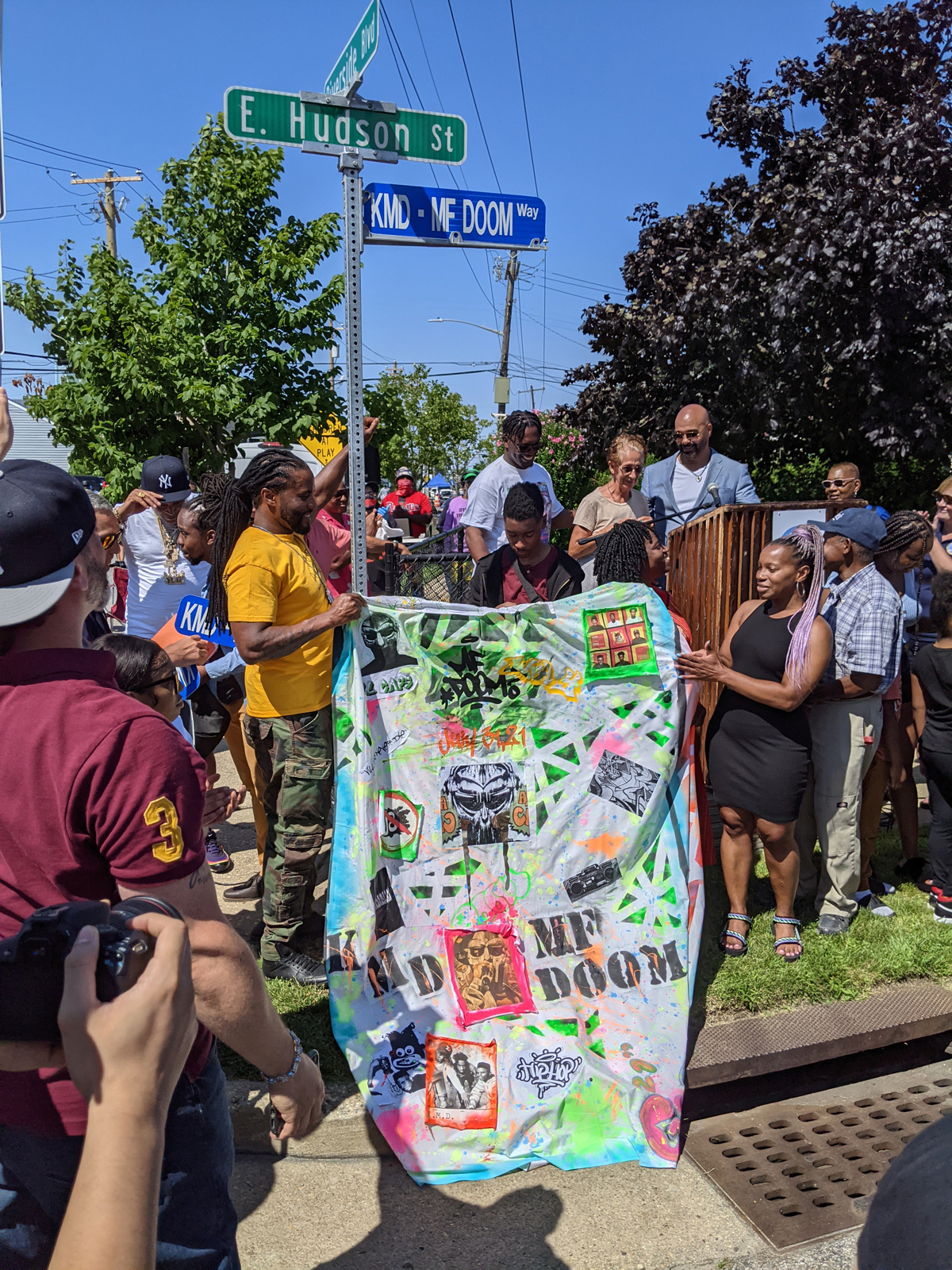 The naming ceremony was attending by many friends, family, and supporters of DOOM’s career. Photo Credit: Chris Boyle

MF DOOM  would continue performing under this name - as well as other monikers, such as "King Geedorah" and "Viktor Vaughn" - throughout multiple releases, and put out what is considered his masterpiece - "Madvillainy," created with producer Madlib under the group name "Madvillain" - in 2004.

News of Dumile's untimely death broke on December 31, 2020, after his wife announced on social media that he had died on October 31. Shortly afterwards, friends and supporters petitioned the city of Long Beach - where the rapper grew up - to rename the street he grew up on after him, which the city council eventually agreed to do.

The naming ceremony on Saturday was attended by many friends, family, fans and supporters of MF DOOM’s career.