Suspect Arraigned for Death of Jogger in Mt. Sinai

A Coram man has been arraigned under suspicion of hitting a jogger with is car in Mount Sinai, resulting in her death. 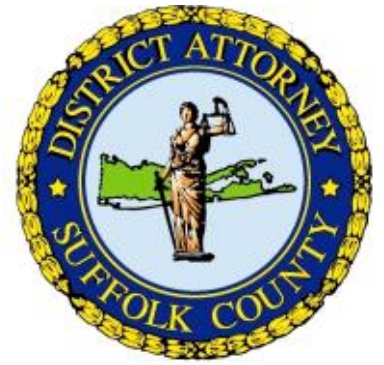 The indictment, unsealed this morning by Acting State Supreme Court Justice Fernando Camacho in Central Islip, charges the defendant Thomas Costa, 31, with Leaving the Scene of an Incident Without Reporting, as a “D” felony, and speeding.  Costa pled not guilty.
"Thomas Costa, struck Ms. Benjamin while she was jogging on Canal Road in Mt. Sinai and left her in the road with injuries that ultimately claimed her life .” DA Spota said.  “His thoughtless and criminal behavior caused the death of a vibrant 56- year old woman.”
An eyewitness provided police with a partial description of the car.  The county crime lab, after a forensic analysis of car parts collected at the scene of the collision, narrowed the field of eligible BMW’s to the model and year. After a house-to-house canvass in the vicinity of the hit and run, detectives attached to the Suffolk County Police Department’s newly formed Vehicle Crimes Unit found a damaged BMW in the rear yard against a fence at Costa’s parents’ house.  The defendant’s mother and father gave police permission to examine the vehicle and gave investigating detectives a statement.
“The detectives learned from the defendant’s parents that he showed up at their house with the  damaged BMW approximately 18 minutes after the crash, and that their son lied to them, explaining that the car was vandalized while he was in a Patchogue night club,” DA Spota said.
The BMW’s windshield was smashed, the side view mirror was missing, and there was blood spatter on the vehicle. “It was the victim, Karen Benjamin, who told us who her killer was, ‘ Spota said, “in that her DNA was in the blood found on the BMW.”
Costa is incarcerated in the county jail and will return to court on August 6th.
###
Suffolk County District Attorney Thomas Spota
Building 77 North County Complex. Hauppauge, NY 11787