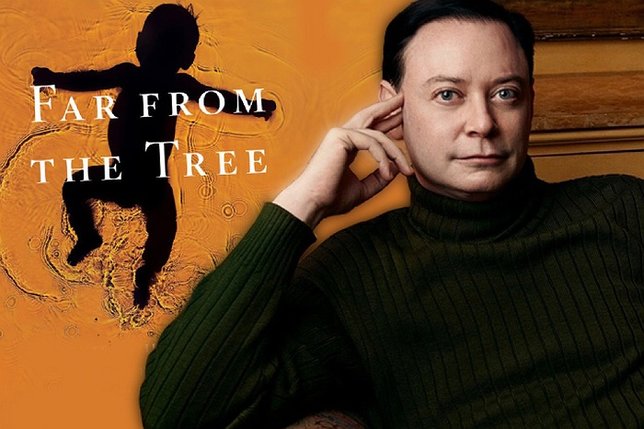 Stony Brook, NY - July 31, 2018 - Andrew Solomon, author of ‘Far From the Tree: Parents, Children, and the Search for Identity,’ is Tom Needham’s special guest on Thursday at 6 pm on the ‘Sounds of Film.’ He will be speaking about his film based on his book, ‘FAR FROM THE TREE.’
The film ‘FAR FROM THE TREE’ explores the difficulties and rewards of raising and being a child whose experience is vastly different from that of his or her parents. The movie features stories of families faced with challenges presented by dwarfism, autism, Down syndrome, and having a child in prison. Their stories demonstrate how a parent’s limitless love can trump anything. The film recently premiered at the DOC NYC Festival.
Andrew Solomon is a writer, lecturer, Professor of Clinical Psychology at Columbia University Medical Center, and the President of PEN American Center. Solomon’s memoir, ‘The Noonday Demon: An Atlas of Depression,’ won the 2002 National Book Award for Nonfiction and is included in the London ‘Times One Hundred Best Books of the Decade.’ His best-selling ‘Far From the Tree: Parents, Children and the Search for Identity’ received the National Book Critics Award for Nonfiction and was chosen as one of the ‘New York Times’ Ten Best Books of 2012. His writing has appeared in ‘Newsweek,’ ‘the New Yorker,’ the ‘New York Times,’ and the London ‘Times.’
About the Sounds of Film
The Sounds of Film is the nation’s longest running film and music themed radio show. For the past 30 years, the program has delivered a popular mix of interviews and music to listeners all over Long Island, parts of Connecticut and streaming live worldwide on the internet at wusb.fm. Past guests include Wallace Shawn, Kenneth Lonergan, Whit Stillman, writer Chris Hedges, Vince Giordano, Dionne Warwick, Hal Hartley and Thora Birch.