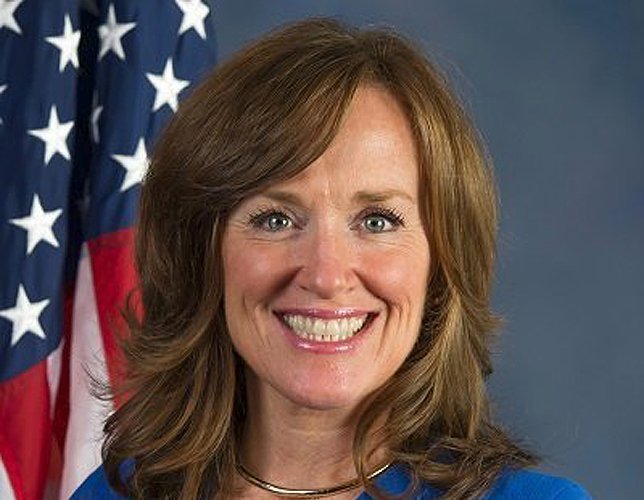 Westbury, NY - July 30, 2018 - U.S. Representative Kathleen Rice today announced she will introduce the Younger-Onset Alzheimer’s Disease Parity Act, which would amend the Older Americans Act to serve individuals who are under the age of 60 years-old but living with younger-onset Alzheimer’s disease or other degenerative diseases. The announcement was made at the Long Island Alzheimer’s Foundation (LIAF) headquarters in Westbury, NY, where Rep. Rice was joined by representatives from LIAF, the Alzheimer's Association, Sid Jacobson JCC and NY-04 residents whose lives have been touched by younger-onset Alzheimer’s.
The Older Americans Act (OAA) was originally enacted in 1965 and supports a range of home- and community-based programs for the elderly, including meals-on-wheels and other nutrition services, in-home care, adult day-care, transportation services, legal aid, elder abuse prevention, and vital assistance and support for family caregivers. OAA programs, which are only available to Americans age 60 and older, have proven to be particularly essential to people living with Alzheimer’s.
However, right now five percent of Americans living with Alzheimer’s, or approximately 250,000 people, have younger-onset Alzheimer’s, for which symptoms usually begin in a person’s 50s, but can start as early as their 30s or 40s. As a result, this population and their caregivers do not have access to the vital OAA-funded programs and services that many older people living with the same disease have grown to rely on. The Younger-Onset Alzheimer’s Disease Parity Act would address this issue by changing the OAA to make its funding and programming available to Americans under the age of 60 who are living with Alzheimer’s or similar degenerative diseases.
“Every American living with Alzheimer’s disease deserves access to the best available care, regardless of their age,” said U.S. Representative Kathleen Rice. “Those with younger-onset Alzheimer’s often begin to show symptoms in their 30s, 40s and 50s, when they still have young children, new homes and growing careers. Virtually overnight, these individuals and their families face unimaginable financial strain. But right now, they don’t qualify for the vital and affordable services offered under the Older Americans Act that many people with the same exact disease use and rely on every day. These families should not be denied help simply because of their age – they need access to these resources and this bill would make that possible by amending the OAA to finally serve younger Americans living with this disease.”
“If this bill were to become law, it would provide much needed relief to families coping with Alzheimer’s disease,” said Tori Cohen, Executive Director of the Long Island Alzheimer’s Foundation (LIAF). “In particular, a change in the age criteria for assistance would enable more people to take advantage of two unique programs only LIAF offers.  Our in-home respite program has proven to be an excellent entry point for families that are fearful of this disease and need assistance with a loved one, but right now under our Nassau County contract, the program can only be offered for those 65 and older. LIAF has another exclusive program that offers Saturday respite assistance for caregivers here at our center. U. S. Representative Rice’s bill would be especially welcome as it would provide an opportunity for the younger working caregivers of early onset individuals to get a much needed break on the weekend, knowing that their loved ones are safe at our center.”
“Too often people with younger-onset Alzheimer’s are excluded from services because of their age,” said Robert Egge, Alzheimer’s Association Chief Public Policy Officer and AIM Executive Director. “This legislation would ensure that these individuals and their caregivers have access to the necessary services and support to help them throughout the continuum of this progressive and fatal disease. We are grateful to Congresswoman Rice for introducing this important legislation.”
“Alzheimer’s and other dementias can affect any one at any age – they do not discriminate,” said Connie Wassermann LCSW, Associate Executive Director, Sid Jacobson JCC. “Because government funding cannot be used to serve those under 60 we've had to create our own program, the first of its kind, to help individuals and families living with younger-onset Alzheimer’s. We are grateful to Kathleen Rice for listening to the plight of younger families and for responding. This bill would allow us to serve more families and offer more resources to those who desperately need them.”
“When my husband was diagnosed with Younger-Onset Alzheimer's Disease at the age of 36, we had nowhere to turn to for services,” said Karen Henley, a NY-04 resident. “When I contacted the Town of North Hempstead Services for the Aging seeking in-home care for my husband, they were eager to help until they asked me for his date of birth. Upon hearing his age, they explained that they only offered services to those 65 and older. But if this disease doesn't discriminate, than neither should our government agencies. This bill would finally put an end to that practice and would ensure that those who need affordable care have access to it, regardless of their age. This bill would have a real-life impact on countless families and I urge Congress to support it.”
The full text of the bill is available here.