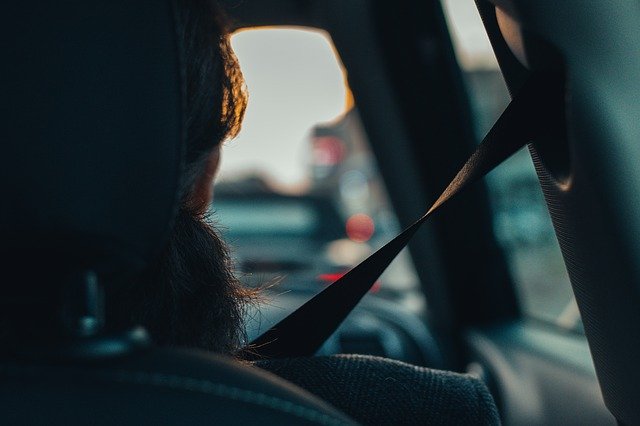 Albany, NY - July 27, 2017 - The Governor’s Traffic Safety Committee (GTSC) announced drivers and passengers have set a new record for compliance with New York’s first-in-the-nation seat belt law. A total of 93.41 percent of drivers and passengers clicked their belts, the highest ever in an annual survey.
The state last set a new record of 92 percent in 2015 and kept compliance at that level in 2016.
“We have worked very hard through education and enforcement to remind New Yorkers of just how important it is to buckle up when driving or as a passenger, and to properly secure child passengers in an approved child safety seat,” said Terri Egan, Executive Deputy Commissioner of the New York State Department of Motor Vehicles and Acting GTSC Chair. “We are proud to have set a new record once again, and we will remain persistent in our efforts to reach even higher compliance next year.”
The compliance rate was based on observations made this June at 120 sites within six regions of the state.
One of the steps GTSC has taken to increase awareness of the importance of seat belt use is support for the “Protect Your Melon” campaign featuring Xfinity driver Ross Chastain. Chastain’s car features the Protect Your Melon logo, and he has made multiple appearances on behalf of the campaign. The “Protect Your Melon” initiative is a partnership between JD Motorsports, Chastain and the GTSC. More than 1 million watermelons with the “Protect Your Melon” logo were distributed to supermarkets over the last four months.
Chastain will be racing this August at Watkins Glen with the logo and other “Buckle Up NY” messaging affixed to his race car.
State, local and county law enforcement also regularly run “Click It or Ticket” campaigns to enforce the seat-belt law to encourage compliance.
New York State Police Superintendent George P. Beach II said, “Traffic safety is a top priority for the New York State Police. By simply buckling up, motor vehicle occupants dramatically reduce their risk of severe injury or death if involved in a crash. While the numbers are encouraging, we will continue to work diligently to promote proper seatbelt use and compliance. We want to continue to reduce the senseless tragedies caused by people who ignore the seat belt laws."
In 1984, New York was the first state in the nation to pass legislation requiring seat belts. For eight years, the state’s compliance rate has been at or above 90 percent. Nationally, the compliance rate rose last year to 90.1 percent.
According to the National Highway Transportation Safety Administration, 48 percent of passenger vehicle occupants who were killed in 2015 were unrestrained. The highest percentage of those killed in traffic crashes while not wearing a seat belt were those ages 21 to 34. Men were more likely not to wear a belt than women.
In 2015, the NHTSA says, seat belts saved an estimated 13,941 lives among passenger vehicle occupants age 5 and older. An estimated 266 lives of children under age 5 were saved by their use of proper safety restraints in 2015.
NHTSA has estimated that lap/shoulder seat belts, when used, reduce the risk of fatal injury to front-seat passenger car occupants by 45 percent and the risk of moderate-to-critical injury by 50 percent. For light-truck occupants, seat belts reduce the risk of fatal injury by 60 percent and moderate-to-critical injury by 65 percent.
In fatal crashes in 2015, about 80 percent of passenger vehicle occupants who were totally ejected from the vehicle were killed. Seat belts are very effective in preventing total ejections; in 2015 only 1 percent of the occupants reported to have been using restraints were totally ejected, compared to 30 percent of the unrestrained occupants.
As part of its effort to make sure drivers and passengers are safe, New York regularly offers training on how to properly install child safety restraints. GTSC's Child Passenger Safety Program, state and local police agencies, along with various community safety partners, offer free child car seat inspections by certified child passenger safety technicians year-round. Information for parents and caregivers is available at safeny.ny.gov.
You can learn more about seat belt safety on the DMV’s website or the GTSC’s website.