Reports: Majority of those arrested had been previously removed from the United States and returned illegally. 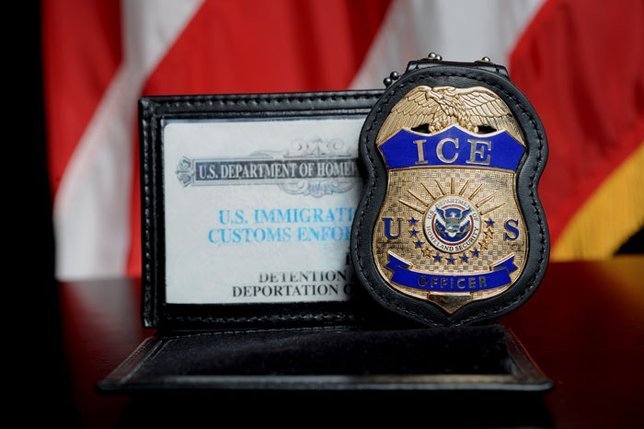 ICE agents recently arrested 65 individuals on Long Island and in NYC for violations of immigration laws.

Long Island, NY - July 26, 2018 - U.S. Immigration and Customs Enforcement (ICE) announced that multiple arrests have been made over the course of a recent 5-day Enforcement and Removal Operation (ERO) conducted throughout Long Island and New York City. The ERO, which concluded on July 20, resulted in 65 arrests for violations of United States immigration laws, according to reports.
Of the 65 arrests that were made, ICE officials say, 64 of them were individuals that had been previously detained and deported from the country, only to return illegally; in addition, 29 had active detainers - an ICE request that local law enforcement detain an individual for an additional period after their release date - after having been released from the custody of law enforcement, and several possessed records of felony arrests for sexual offences, weapons possession, and assault, as well as numerous misdemeanor charges.
Thomas R. Decker, field office director for ICE’s ERO New York operation, said that the officers under his watch are dedicated to enforcing immigration law in this country and keeping the populace safe, despite mounting criticism from some corners over the alleged heavy-handed tactics that ICE employs; reports, Decker noted, that often portray his officers in an unfair light.
“In this operation 64 of the 65 arrested had already been removed from this country, and the majority have either criminal convictions or pending criminal charges,” he said. “The fact is that ICE in New York continues to enforce immigration laws as they have always done, targeting criminal aliens and removing them from our streets. The rhetoric is copious, blurring the lines of fact versus fiction. But despite all the criticism, our officers continue to work daily with professionalism and integrity, enforcing the law as set forth by Congress.”
Among the arrests made during the recent ERO conducted in Long Island and NYC include:
Among the 65 arrests made as part of the ERO, several were apprehended in both Suffolk and Nassau Counties, officials say. Six of the 65 arrested are being prosecuted criminally in U.S District Court, with an additional three being prosecuted by the U.S. Attorney’s Office. 48 of those arrested have prior criminal records or charges currently pending, and 29 were previously released from local law enforcement on an active detainer, authorities say.
Due to the threat that some of these individuals pose to the community, ICE officials said, their agents have little recourse but to conduct operations in neighborhoods and places of work, targeting known illegal immigrants and possible felons; this parth is taken for the sake of immediacy, as opposed to focusing on options that are safer for ICE agents, such as apprehending subjects who are already currently incarcerated. Unfortunately, these tactics, while necessary for public safety, may nonetheless occasionally result in some collateral arrests of non-criminal elements, ICE said; an unfortunate side-effect of enforcement efforts that some politicians and community members decry, as when immigrant Pablo Villavicencio Calderon was recently detained by ICE agents while working as a pizza delivery man and held in custody for over 50 days before being released to his family.
Many of those arrested as a result of ICE’s recent Long Island/NYC ERO will be federally prosecuted for illegal entry and/or illegal re-entry into the United States. Those who are not being charged with these crimes, officials say, will be subjected to administrative processing to prepare them for expulsion from the country; once in the system, any who return will be subject to immediate arrest and deportation.