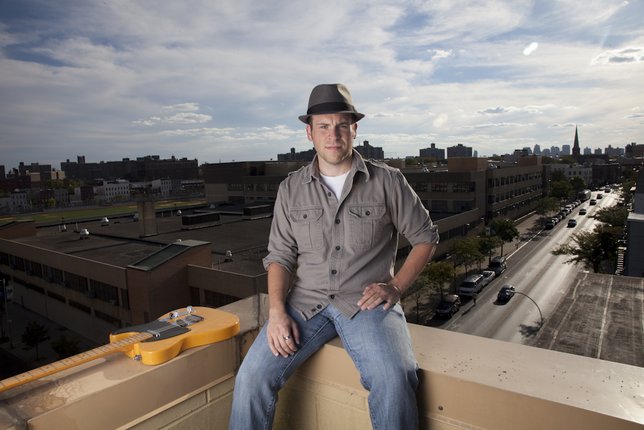 Hudson Valley, NY - July 26th, 2013 - Hudson Valley based singer/songwriter Steve Schultz has released an impressive new music video for his cover of Billy Joel's "New York State of Mind." Filmed over 5 1/2 days and more than 2,500 miles, the video captures a road trip taken throughout the state - from Buffalo to the tip of Long Island, New York City to the Adirondacks, and more. "I've found that when you meet someone unfamiliar with New York and you tell them that's where you're from, they immediately assume you're from 'the city,'" says Schultz. "So it was important to me that the video show that New York State is much more than that. Big cities, small towns, farmland - New York State has almost everything."

Some of the famous New York locations visited for the video include Grand Central Terminal, the Montauk Point Lighthouse, Coney Island, the National Baseball Hall of Fame, Syracuse University, the Apollo Theatre, Whiteface Mountain, Niagara Falls, and more. Steve also made a point to highlight lesser-known locations such as the Jell-O Gallery, Oliver's Candies, Martha's Dandee Creme, and The Wild Center. Since it's official release on July 10, the video has been viewed over 3,800 times and can be seen at his website, www.steveplaysmusic.com.

Steve's recording of "New York State of Mind" was released as a bonus track on his new CD, Over The Edge, a watershed album of creativity with fresh pop-rock instrumentation and timeless songcraft that took over 3 years to complete. His uplifting introspection as a lyricist and anthemic musicality has garnered him favorable comparisons to Bruce Springsteen, Billy Joel, and Ben Folds, as well as recognition from the Songwriters Hall of Fame, New York Songwriters Circle, and New York Songwriters Collective. ### For More Information, Please Contact:
Steve Schultz
(845) 242-8155
steve@steveplaysmusic.com