Cuomo: "Nicotine use in any form has shown to be damaging to teens and this measure will close a dangerous loophole." 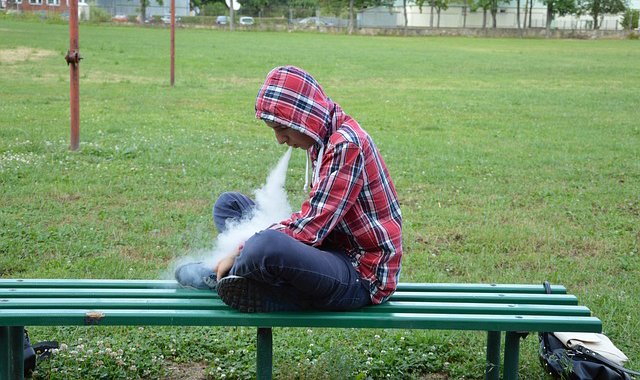 Albany, NY - July 25, 2017 - Governor Andrew M. Cuomo today signed legislation (S.750 / A.611), which will immediately ban the use of electronic cigarettes on all public and private school grounds in New York State.
"Nicotine use in any form has shown to be damaging to teens and this measure will close a dangerous loophole that allows e-cigarettes to be used in New York schools," Governor Cuomo said. "This measure will further this administration's efforts to combat teen smoking in all its forms and help create a stronger, healthier New York for all."
Prohibiting electronic cigarettes on all school grounds will diminish youth access to electronic cigarettes and help bolster New York's commitment to preventing childhood and teenage smoking. School grounds includes any building, structure and surrounding outdoor grounds contained within a public or private pre-school, nursey school, elementary, or secondary school's property, and any vehicles used to transport children or school personnel.
Senator Patty Ritchie said, "Keeping our youth safe is a top priority, and by banning e-cigarettes on all school grounds, the Governor is helping in our efforts to establish healthier, stronger communities for our children to learn, grow and excel in. I am proud to support this new legislation to ban these toxic habits, as we protect the well-being of the next generation of leaders for the Empire State."
Assemblymember Linda B. Rosenthal said, "School yards should be full of the laughter of healthy children, not e-cigarette vapor. Banning e-cigarette use on school grounds statewide will help reduce e-cigarette use rates among our young people and will protect the health and safety of their growing bodies. New York has taken the lead in protecting people against the dangers associated with e-cigarette use and exposure. I applaud the Governor for signing this legislation and look forward to this ban being expanded to include all public indoor spaces."
In March, the Governor announced a survey released by the New York State Department of Health, which found that e-cigarette use by high school students nearly doubled in the last two years, from 10.5 percent in 2014 to 20.6 percent in 2016. Additionally, a recent U.S. Surgeon General's report shows the number of high school students using e-cigarettes soared 900 percent between 2011 and 2015, becoming the most commonly used form of nicotine among youths.
Electronic nicotine and vapor delivery systems, which include e-cigarettes, vaping pens, e-hookah and similar devices, typically contain nicotine. Nicotine exposure during adolescence can cause addiction and harm the developing adolescent brain.