The Fourth Squad reports the details of a Criminal Mischief which occurred on Saturday, July 23, 2016 at 9:45 p.m. in Cedarhurst. 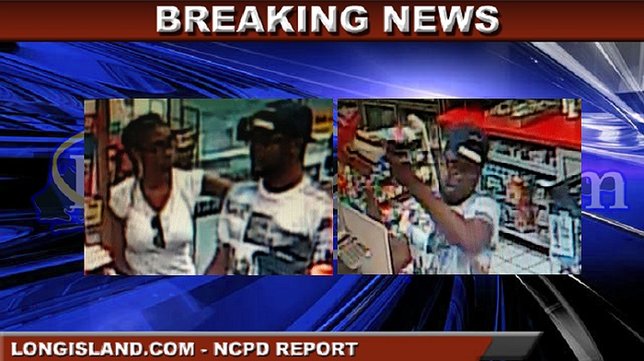 Detectives ask anyone with information about this crime to contact Nassau County Crime Stoppers at 1-800-244-TIPS. All callers will remain anonymous.

According to detectives, two black suspects, male and female, entered the Shell Gas Station located at 408 Rockaway Turnpike and asked the store clerk for “slushies”.  When the victim responded they do not make them, the suspects began to yell and curse.  The male suspect then attempted to make a purchase with an EBT card to which the clerk advised him they were unable to use that as payment.  The couple became irate, using racial slurs, anti-Muslim remarks, and threatening to kill the victim.  The male suspect pushed a NYS Lotto machine off the counter costing $4000.00 in damage.  The female victim also began throwing items around the store and threatening the victim.  The victim was struck with some of the merchandise which was thrown about the store.  The suspects were last seen entering a dark color four door sedan in the parking lot of Starbuck’s located at 316 Rockaway Turnpike.