Scout presented with proclamation to recognize his accomplishments. 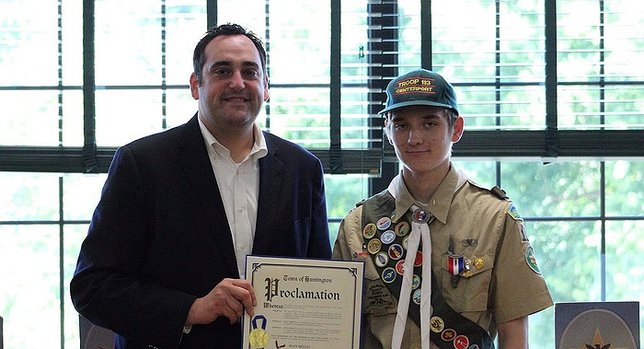 Centerport, NY - July 24, 2018 - Supervisor Chad A. Lupinacci recognized Sean Mello of Boy Scout Troop 113 during his Eagle Scout Court of Honor ceremony at the Centerport Fire Department on Saturday July 21.
“Congratulations to Sean, who became an Eagle Scout this past December, a defining achievement in a Scout’s life,” said Supervisor Lupinacci, as he presented a proclamation to recognize Mr. Mello’s accomplishments.