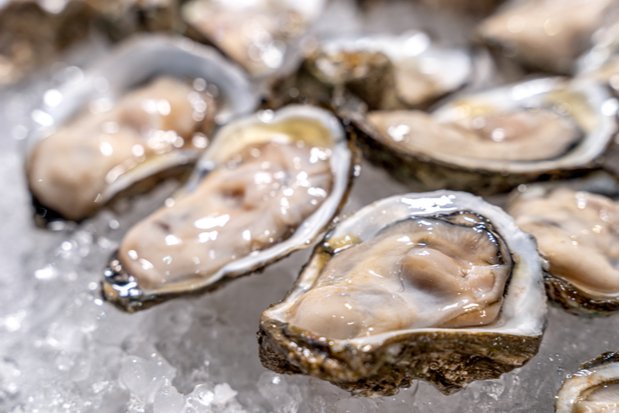 Oysters are like little motors, each one filtering 50 gallons of water every day, which makes them a great addition to the toolbox that environmentalists use to remediate our harbors and bays. Unfortunately, due to suburban sprawl, the bays of the South Shore had become polluted to the point where surviving shellfish were filtering only 1 percent of the water, compared to 1976 when they filtered up to 40 percent.

The problem was that the bay wasn’t able to sustain shellfish the way it used to. An unlikely assist from mother nature helped change that.

Cutting through Fire Island barrier island, directly south of the hamlet of Bellport, a breach that opened up during Hurricane Sandy still allows a tidal flush of ocean water into Great South Bay.

This inlet, according to some environmentalists, is a real game changer. The breech created an opportunity. One that many environmental organizations were quick to take advantage of. The bays became healthier almost overnight.

A report by the National Park Service reveals that since the breach opened, salinity increased and Summer water temperature is a few degrees cooler. They also noted an increase in water clarity and frequency of brown tides - harmful algae blooms -  has decreased in eastern Great South Bay.

Still a long way to go

The bay is not near being cured of what’s ailing it, but the ecosystem is now such that it is conducive to allow shellfish to prosper and many organizations jumped at the chance to take advantage of it.

Experts say that 30 million adult shellfish in the bay would be enough to filter the entire Bellport Bay in 24 hours. Some estimated that with 50,000 acres under cultivation in the bay, the oysters could deal with 147 percent of the nitrogen problem there.

With that many oysters in the bays, the baymen can come back to harvest. A back of the envelope estimate by environmentalists shows that cultivated oysters can fetch up to $100,000 per acre.

We still have a long way to go but between environmental groups like Save The Great South Bay and Friends of Bellport Bay who have oyster restoration as part of their mission, the bay is on the road to becoming an oyster oasis again. Oysters cannot solve the problem entirely on their own - waste is still  creeping into the waterways from backyard runoff and cesspool seepage across Long Island.

“Private operators are permitted to farm the land they lease, and collect and sell what they harvest,” the township said in a recently released video about the program. “In addition, lease holders are required to provide an annual report on the growth of each species and their survival rate. This will form a valuable database to be used in on-going efforts to revitalize the Great South Bay.”

Watch the video below.