Bipartisan bill to prevent the sale of Plum Island by the federal government to the highest bidder. 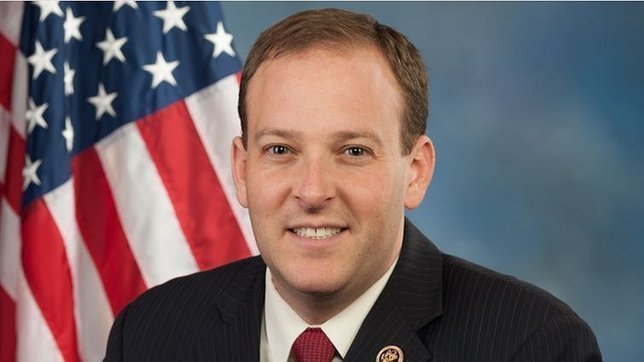 Long Island, NY - July 21, 2017 - Congressman Lee Zeldin (R, NY-1) announced today that the House of Representatives is expected to vote next week on his bipartisan bill to prevent the sale of Plum Island by the federal government to the highest bidder: The Plum Island Preservation Act (H.R. 2182). This legislation, which is on the floor along with other legislation relating to the Department of Homeland Security, is scheduled for a vote as early as Monday, July 24, 2017. H.R. 2182 has unanimous support from the Long Island and Connecticut House delegations, as well as a coalition of over 65 local and national environmental groups.
Congressman Zeldin’s bill, which you can view here, will commission the Government Accountability Office, in consultation with the Department of Homeland Security, which currently owns the island, to formulate a comprehensive plan for the future of the island. This legislation requires the plan focus on conservation, education, and research and include alternative uses for the island including a transfer of ownership to another federal agency, the state or local government, a nonprofit, or a combination thereof. Allowing for continued research, public access and permanent preservation of the island, Congressman Zeldin’s bill, H.R. 2182, will suspend laws passed in 2008 and 2011 that mandated the public sale of Plum Island by the federal government to the highest bidder.
Congressman Zeldin said, “Since taking office in 2015, I have made the protection of Plum Island a top local priority. Plum Island is a critical cultural, historical, and natural resource, and one of the First Congressional District’s greatest local treasures. With 90% of the land on Plum Island sheltered from currently developed property, Plum Island offers Long Island a diverse wildlife and ecosystem and a critical habitat for migratory birds, marine mammals, and rare plants. Plum Island is also an essential cultural and historical resource as well, with recorded history dating back to the 1700s. Under current law, the sale of the island is mandated. This is the wrong path forward. We must ensure there is a better path forward that allows for public access, the permanent preservation of the island, and/or the continued use of the research infrastructure with a state of the art research facility currently in existence on the Island. I am proud to announce that the Plum Island Preservation Act has been scheduled for a vote on the House floor and I look forward to its passage so we can continue to provide important economic and environmental benefits to Long Island.”
In the 114th Congress, Congressman Zeldin’s bipartisan bill to protect Plum Island (H.R. 1887) passed the House of Representatives on May 16, 2016. Congressman Zeldin’s amendment to the Financial Services and General Government Appropriations Act of 2017 (H.R. 5485), which would prohibit any of the funding within the appropriations bill to be used to market or sell Plum Island, also passed the House of Representatives on July 7, 2016. In order to become law, these bills must also be passed in the United States Senate.