Proposal will bolster New York’s bribery statute and combat the corruption that has infiltrated Albany and eliminate the influence of money on politicians. 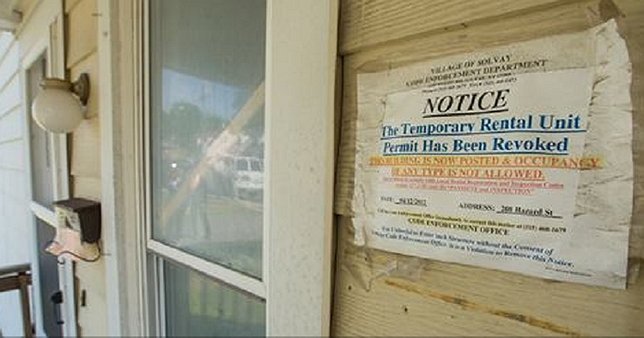 “No public official should ever be permitted to personally gain from the office they hold,” said Senator Todd Kaminsky.

Rockville Centre, NY - July 20, 2016 - Today, Senator Todd Kaminsky and Assemblyman Charles Lavine announced landmark legislation (S.8169) that, in the wake of the McDonnell decision, will protect taxpayers’ interests and close the loophole that allows public officials to accept gifts or benefits simply because of that person’s official position.  His proposal will bolster New York’s bribery statute and combat the corruption that has infiltrated Albany and eliminate the influence of money on politicians.

Kaminsky and Lavine's legislation finally makes it a state crime for public officials to receive or give any benefit or gift with a value in excess of $3,000 simply because of that person’s official position. Giving or receiving unlawful gifts would be punishable as a class E felony. The recent Supreme Court decision in McDonnell v. The United States dramatically narrowed federal bribery statutes. Following that decision, one can now legally give an elected official lavish gifts – effectively having them on retainer – as long as a specific gift is not connected by a promise to perform an official government act. This legislation directly addresses this issue.

“No public official should ever be permitted to personally gain from the office they hold,” said Senator Todd Kaminsky. “The ‘free money’ loophole that this legislation closes highlights exactly what is wrong with Albany today. For too long, corrupt special interests have had undue influence on Albany for decades and can no longer be permitted to bribe public officials. We must end the culture that has saturated our government and comprised the integrity of our democracy.”

“It is time to make it abundantly clear that gifts to officials are unacceptable and must be made illegal,” Kaminsky continued. “Public service is just that – service - and not a means for enriching yourself or your family. At a time when corruption in our State Government is rampant, we must go out of our way to restrict even the temptation of undue influence and this legislation does just that.”

“This is one of the most important pieces of the legislation that I have sponsored. We must restore our integrity and create a moral high ground.”  Lavine said under New York’s current law, a public official must engage in some form of official quid pro quo in order to be found guilty of unlawful gratuity giving or receiving. The loophole was most recently highlighted in the Supreme court’s decision in McDonnell v. United States – which effectively held that the acts former Virginia Governor Bob McDonnell undertook in exchange for gifts were not official enough to qualify as “official” government acts for purposes of the bribery or theft of honest services statutes.

At its most basic premise, politicians should not be accepting anything of value, money or otherwise, simply for doing their jobs. This legislation bans any public official in New York State from receiving any gift or payment of over $3,000. Further, the bill excludes campaign contributions as they are monitored by the Board of Elections, registered and disclosed.

This proposal was also made by the New York State Bar Association Government Ethics Task Force in 2011.

“New York’s public corruption laws are woefully inadequate and even following federal convictions of top legislative leaders, state lawmakers have refused to take meaningful action to give local prosecutors the tools we need to hold corrupt public officials accountable,” said Nassau County District Attorney Madeline Singas. “I commend Senator Kaminsky for introducing this important legislation that addresses one of the critical deficiencies in the penal law and I encourage the full legislature to promptly consider this bill.”

“The McDonnell decision put the onus on states to strengthen local bribery laws, and Common Cause/NY is pleased to see Senator Kaminsky and Assemblyman Lavine stepping up. It's up to the Legislature to codify our common sense understanding of corruption into law, so that there can be no question for the courts,” said Susan Lerner, Executive Director of Common Cause/NY.

Senator Kaminsky, a former federal prosecutor, has spent his career fighting to end government corruption.  He has sponsored bills to get rid of outside income and give more power to prosecutors to pursue corruption cases.