Baseball Resumes, but the Mets and Yankees Fall Short

After a half-week off, neither of New York’s baseball teams looked ready to play on Friday night. 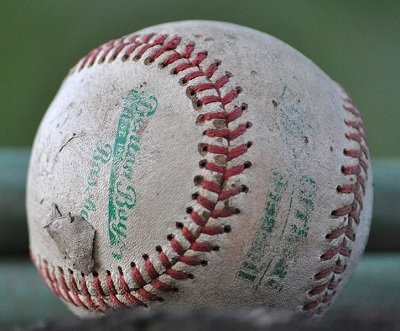 Citi Field had a couple days to recover after Yoenis Cespedes won the Home Run Derby and the American League took the MLB All Star Game, but the Mets looked like they were still sleeping when they returned to face the Phillies on Friday.

After giving up a leadoff single to start the game, Jeremy Hefner allowed Chase Utley to knock in an RBI triple. That was only the start of his troubles, as he proceeded to be hit for four singles—three of them RBI’s—in a row, putting Philadelphia ahead 4-0 in just the first inning.

Hefner looked like he had settled down when he threw a 10 pitch 1-2-3 second, but the worst was yet to come. Domonic Brown homered off Hefner to start the top of the third, and Philly followed it up with three more hits for two additional runs. A fielding error on the part of Marlon Byrd certainly did nothing to help Hefner, who was removed from the inning without getting a single out. Greg Burke fared no better, allowing an RBI double to the first batter he saw and a 3-run homerun to Michael Young before finishing the inning.

Unable to score through the first third of the game, the Mets entered the fourth inning down 11-0. Byrd tried to breathe some life into the offense on a 3-run homer, taking Daniel Murphy and David Wright around the bases with him, but Michael Young struck back with a 2-run blast in the fifth to put Philly back ahead by 10.

New York scored again on a Murphy groundout in the bottom of the fifth, Omar Quintanilla and Juan Lagares drove in a pair in the sixth, and Wright launched a 2-run homer in the ninth, but despite an unusually high offensive output for the team they were still far behind Philadelphia at the end of the night. They lost 13-8.

The Mets will face the Phillies again at 1:10 PM today, and finish the series at the same time tomorrow.

The Yankees had reason enough to be in a good mood after the All Star break—a Matt Harvey pitch which struck Robinson Cano on the knee and removed him from Tuesday’s All Star Game did not leave a lasting impact, and Mariano Rivera had an emotional moment with the crowd when both teams returned to their dugouts to make him the sole focus of every person in Citi Field as he ran from the bullpen to the dugout for his final All Star appearance—but Boston was quick to dampen their spirits last night.

Jacoby Ellsbury kicked off the bottom of the first by hitting Andy Pettitte for a homerun, and after Andy walked Mike Napoli to start the second he gave up a 2-run shot to Jonny Gomes.

Still down 3-0 in the fourth inning, Brett Gardner decided to take a leadoff walk and turn it into a run. With Robinson Cano batting, Gardner made a break for second and reached safely; he later proceeded to third base, forcing Red Sox catcher Jarrod Saltalamacchia to make a poor throw which allowed Gardner to dig in for home. He got there, putting New York on the board and cutting the deficit down to 3-1 without the benefit of a single hit to that point.

The Yanks did finally get a hit when Lyle Overbay doubled to start the fifth. The next two Yankee batters went down on a strikeout and a groundout, but Chris Stewart doubled Overbay home to bring the score up to 3-2. Unfortunately, there would be only one more run scored in the game, and it came off the bat of Boston’s Jose Iglesias in the seventh inning. The Yankees lost 4-2.

New York and Boston will play again at 4:10 PM today, and finish the series at 8:05 PM tomorrow.