Charles Busch employs all of his skills as performer and playwright in a new show that gets to the essence of this legendary entertainer. 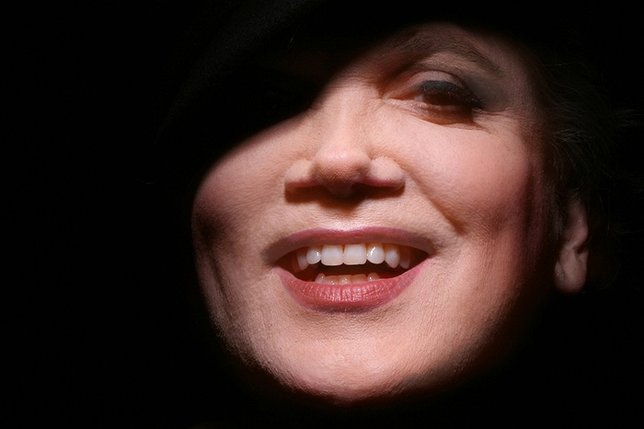 Sag Harbor, NY - July 17, 2018 - Bay Street Theater & Sag Harbor Center for the Arts is pleased to announce Charles Busch: My Kinda ‘60s on Monday, August 13 at 8 pm as the fifth concert of Bay Street Theater’s Music Mondays concert series. Tickets range from $59 - $89 and are on sale now at baystreet.org and through the Box Office at 631-725-9500.
Tony nominee, Drama Desk Lifetime Achievement honoree, and two-time MAC Award winner, Charles Busch employs all of his skills as performer and playwright in a new show that gets to the essence of this legendary entertainer. Weaving tales of his Manhattan childhood and adolescence raised by his indomitable Aunt Lillian through the lens of the tumultuous decade of the 1960’s, Busch will be singing a great songbook from Broadway to Pop, featuring the work of among others Burt Bacharach, Jimmy Webb, the Beatles, Henry Mancini, Joni Mitchell, Stephen Sondheim and Kander and Ebb. Songs include "Two for the Road", "Anyone Who Had a Heart" and "Both Sides Now". He will be appearing with his long-time musical director/ arranger Tom Judson in a unique evening of music and storytelling, both hilarious and poignant.
Charles Busch is the author and star of such plays as The Divine Sister, Vampire Lesbians of Sodom, The Tribute Artist and The Tale of the Allergist’s Wife, which ran for nearly two years on Broadway and received a Tony nomination for Best Play. He wrote and starred in the film versions of his plays, Psycho Beach Party and Die Mommie Die, the latter of which won him the Best Performance Award at the Sundance Film Festival. In 2003, Mr. Busch received a special Drama Desk Award for career achievement as both performer and playwright. He is also the subject of the acclaimed documentary film The Lady in Question is Charles Busch. A long-time member of Bay Street’s family and its Artistic Advisory Board, audiences may remember him from his roles in The Lady In Question, Auntie Mame, Home Fires (which moved off-Broadway under the new title, Swingtime Cantene), and Shanghai Moon. He is a two-time MAC award winner and has performed his cabaret act in many cities including San Francisco, Los Angeles, Chicago, New Orleans, Atlanta, Philadelphia, London, Paris, Barcelona and New York. In winter of 2016, his show The Lady at the Mic premiered at Jazz at Lincoln Center’s American Songbook series.  His first CD, Charles Busch Live at Feinstein’s 54 Below, has just been released by Broadway Records.
Music Mondays at Bay Street Theater bring the hottest cabaret acts to the East End! The remaining lineup for Music Mondays is as follows:
The Box Office is currently open daily 11 am – Show Time. Tickets can be purchased by calling 631-725-9500 or by logging on to baystreet.org.
Bay Street Theater’s Music Mondays are sponsored in part by Douglas Elliman Real Estate, GroundLink, and Grenning Gallery.
Bay Street Theater and Sag Harbor Center for the Arts is a year-round, not-for-profit professional theater and community cultural center which endeavors to innovate, educate, and entertain a diverse community through the practice of the performing arts. They serve as a social and cultural gathering place, an educational resource, and a home for a community of artists.