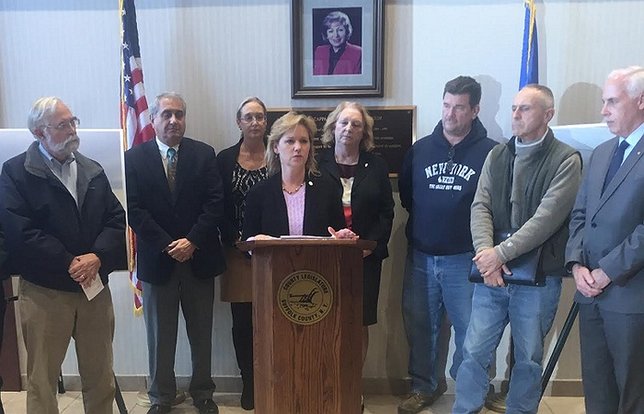 NYCERS to unload the $54.5 billion fund's holdings in companies that sell firearms.

Photo by: Asjhoffman, via Free Images.

After the 2012 Sandy Hook massacre, NYCERS and the Teachers Employees Retirement System voted in 2013 to divest their holdings in firearms manufacturers, but the push to divest from businesses that sell firearms came from NYC Public Advocate, Letitia James, a trustee on the NYCERS board.

"This divestment would not have happened without Public Advocate James's leadership," said Leah Gunn Barrett, NYAGV Executive Director. "Retailers who profit from our culture of gun violence should not be rewarded."

America has been reeling from several high profile incidents of gun violence this summer, including Orlando, Minnesota, Baton Rouge and Dallas. However, it is the slow motion mass murder of 92 Americans from guns every single day that should spur action, according to Barrett. "The 33,000 deaths and 84,000 injuries will only stop when Congress locates its spine and passes universal background checks, bans weapons of war, repeals the gun industry immunity law and restores federal funding for gun violence research. It's morally reprehensible that our representatives have failed to protect Americans from senseless gun violence. Divestment is another tool to hit the gun industry where it will feel the most pain - in its wallet," she said.

New Yorkers Against Gun Violence is a statewide organization working to reduce gun violence through advocacy and education designed to encourage action, influence public opinion and lead to policy change. With a primary focus on New York State, the organization also advocates at the local and national levels for sensible gun laws, policies and practices that protect New York State residents from gun violence.