Guardians of Rescue announces that they brought on Joaquin “Jack” Garcia, a former FBI agent, to head up the unit that investigates reports of animal cruelty. 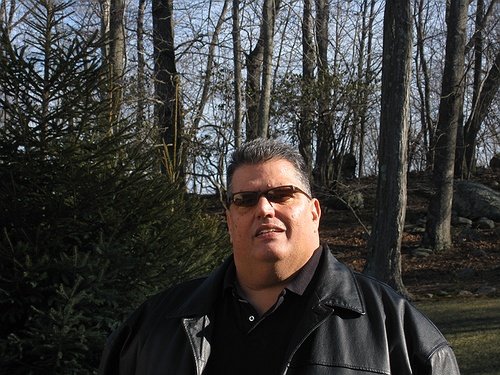 Smithtown, NY - July 14, 2015 - Guardians of Rescue has a reputation for helping animals, as well as veterans. But they are about to become even more effective when it comes to bringing animal abusers to justice. The animal rescue organization announces that they brought on Joaquin “Jack” Garcia, a former FBI agent, to head up the unit that investigates reports of animal cruelty.

"Bringing Jack Garcia on board is great news for us, and bad news for those who abuse animals,” says Robert Misseri, founder and president of Guardians of Rescue. “Jack is the best there is at investigating such things and will get to the bottom of complicated animal abuse cases. This is one more giant step in helping the animals.”

Garcia spent 26 years as an FBI agent and was even dubbed by some as being the best undercover agent in the history of the FBI. He worked on over 100 undercover investigations, and his last case he went undercover as mobster “Jack Falcone” for many years, which helped get 39 convictions of Mafia figures. Today, he’s retired from the FBI, but ready to take on investigating those who abuse animals and help bring them to justice.

With the Guardians of Rescue, Garcia will be acting on larger complaints of animal abuse, cruelty, and neglect. As a investigator, he will be working with a group of licensed private investigators who are retired law enforcement that will aid in the investigations and assist with gathering information that can be used in animal cruelty cases. These cases may involve a range of issues such as hoarding, dog fighting, illegal breeding, etc. He will be working with the local state and federal authorities to investigate and document his findings.

“I’m happy to be able to put my skills and experience to use helping uncover animal cruelty,” says Jack Garcia. “Working with Guardians of Rescue I am confident we will be able to hold people accountable for the animal cruelty they are participating in. After years of investigating drug dealers, organized crime, murder for hire etc., the acts of violence on defenseless animals is as vicious as some of the crimes I’ve investigated.”

Guardians of Rescue provides assistance to animals out on the streets, helping to rescue them, provide medical care, food and shelter, and find foster-home placements. They are also instrumental in helping military members with their pets, and to provide service dogs to veterans suffering from post traumatic stress disorder. To learn more, get involved, or to make a donation to support the Guardians of Rescue, please click here.

About Guardians of Rescue
Based in New York, Guardians of Rescue is an organization whose mission is to protect the well being of all animals. They provide aid to animals in distress, including facilitating foster programs, rehabilitation, assisting other rescue groups, and providing support to families, both military and not, who need assistance due to economic factors. To learn more about Guardians of Rescue, visit the site here.