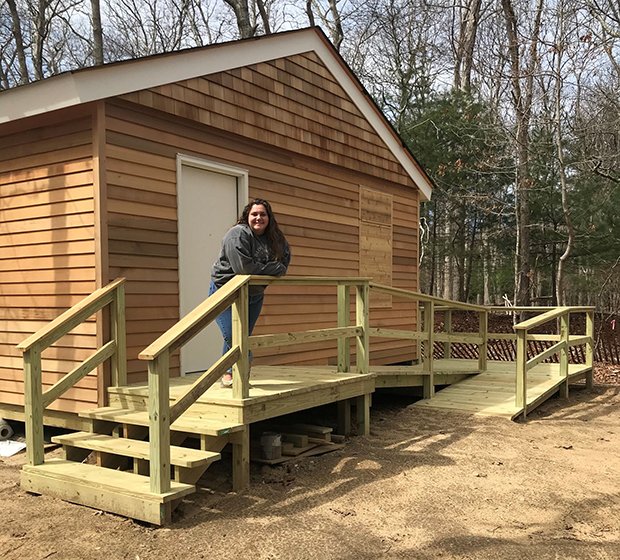 Lucia Ibrahim at the newly restored cabin in East Hampton she worked to have rebuilt. Photo: Town of East Hampton.

A cabin that had been in use since the 1950s at Camp Norweska in East Hampton lay in ruins, unusable and posing a danger to the Scouts who camped there. That is until this month, when Girl Scout Lucia Ibrahim, of Montauk, completed a mission that she embarked upon two years ago to remove the wreckage of the old cabin and rebuild it from scratch.

“I knew what I had to do, rebuild it for future Girl Scouts to use and enjoy like I did for so many years,” said Ibrahim in a Town of East Hampton press release. 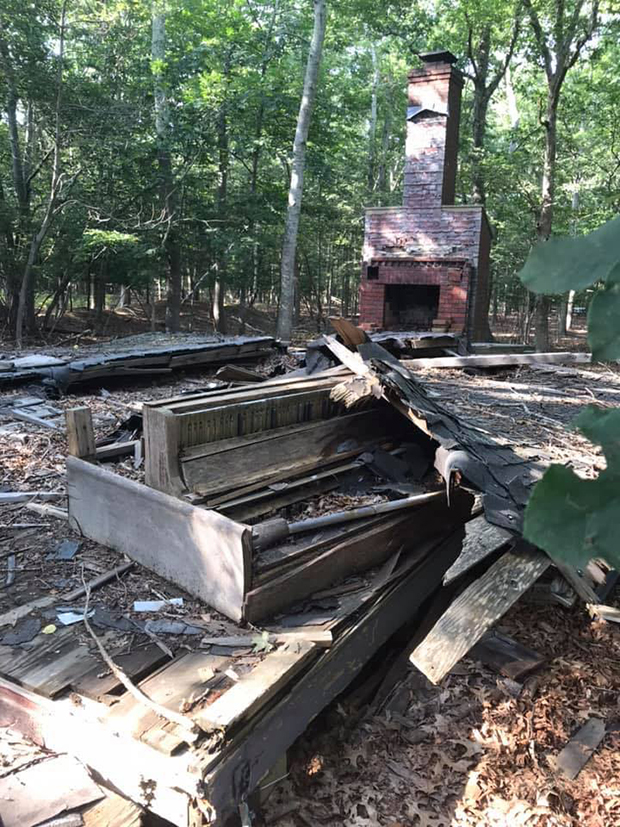 The original cabin was destroyed after its roof collapsed. Photo: Facebook.

Girl and Boy Scouts had been using the cabin since 1958.

So she set out raising the funds for the project, obtained town approvals, and enlisted the help of community volunteers. Ibrahim even started a Facebook page to document the progress of the rebuild. The result after her nearly two years of effort is a completely new, handicapped-accessible cabin in place of the old one.

Ibrahim received one of the highest achievements in Girl Scouting for the project, The Gold Award, which recognizes girls who demonstrate extraordinary leadership.

“I am proud to see a young adult take on such an ambitious project as the culmination of her Girl Scout years,” said East Hampton Town Supervisor Peter Van Scoyoc. “The commitment and leadership skills Lucia has demonstrated in achieving something that will benefit our community should serve as a positive example for future generations.”