Kulbir Singh Pleads Guilty To Three Counts Grand Larceny In The Third Degree For Failing To Remit Over $1 Million In Sales Tax Collected At His Three Gas Stations; Will Be Sentenced To Up To ... 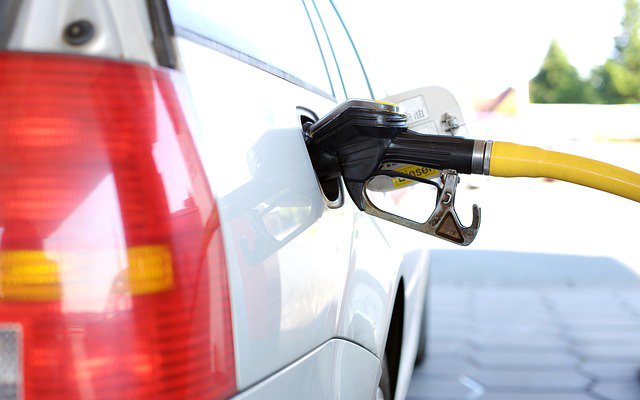 Nassau County, NY - July 13, 2017 - Attorney General Eric T. Schneiderman and Acting Commissioner of Taxation and Finance Nonie Manion today announced the convictions of Kulbir Singh, 53, and gas stations Dashmesh Petroleum, Inc., Gobind Petroleum, Inc. and Karam Mart Inc. on felony charges stemming from the theft of over $1 million in sales tax collected for gasoline sales. Singh was ordered to pay $150,000 in restitution and sign a confession of judgement for the remaining $850,000 that was stolen from the State. In addition, he will sentenced to a term of not more than 1 1/3 – 4 years’ incarceration at a future date.
Kulbir Singh operated three BP gas stations in Nassau County, located at 2 Hempstead Avenue, West Hempstead NY (Gobind Petroleum, Inc.), 385 Merrick Road, Valley Stream, NY (Dashmesh Petroleum, Inc.), and 653 Hempstead Avenue, Elmont NY (Karam Mart, Inc.).  His son, Ladpreet Singh, also operated Karam Mart.  According to the prosecution, the Singhs’ gas stations collected but failed to remit to New York State a total of over $1,000,000 in sales taxes from September 2011 through December 2014.
“Our investigation uncovered a deliberate scheme by Kulbir Singh to cheat New York State out of vital tax revenue,” said Attorney General Schneiderman. “Stealing from taxpayers undercuts the funding of important programs that support all New Yorkers, and those who think they can get away with this type of fraud should think again.”
“This was a case of blatant theft from New York State and its taxpayers,” said Acting Commissioner of Taxation and Finance Nonie Manion. “Despite a previous felony conviction for the same crime, the defendant continued to steal money that should have been used to fund vital public services. We will continue to work with all levels of law enforcement, including the Attorney General’s Office, to ensure that these crimes don’t go unpunished.”
Each of the defendant corporations, Dashmesh Petroleum, Inc., Gobind Petroleum Inc. and Karam Mart, Inc., pleaded guilty to one count of Grand Larceny in the Second Degree, a Class C felony, and were fined $50,000 each.  Defendant Kulbir Singh’s son, Ladpreet Singh, who operated Karam Mart, Inc., pleaded guilty to a misdemeanor and was sentenced to probation.
The pleas were entered today in Nassau County Supreme Court, in front of Acting Supreme Court Justice Terence P. Murphy. Defendant Kulbir Singh pleaded guilty to three counts of Grand Larceny in the Third Degree all Class D Felonies.
According to statements made by the prosecutor, Kulbir Singh’s businesses were previously convicted of felony charges for failing to pay sales tax. In October 2012, in Queens County Supreme Court, Kulbir Singh admitted to controlling four gasoline stations that had stolen more than $500,000 in sales taxes. The corporations pleaded guilty to felony tax fraud charges and agreed to pay more than $1,000,000 in restitution, interest and penalties to the New York State Department of Taxation and Finance. However, the corporations ultimately paid only $500,000 of the restitution owed. It was during the investigation of the failure to pay the remaining monies that the Department of Taxation and Finance uncovered evidenced that Singh allegedly continued to steal sales tax proceeds at gasoline stations he controlled, resulting in the current indictment.
This case was investigated by the Department of Taxation and Finance’s Criminal Investigations Division and then referred to the Attorney General’s office for further investigation and prosecution.
Investigator Ryan Fannon of the Attorney General’s Investigations Bureau assisted in the investigation under the supervision of Supervising Investigator Sylvia Rivera and Deputy Chief Investigator John McManus. The Investigations Bureau is led by Chief Dominick Zarrella.
The case is being prosecuted by Assistant Attorney General Hugh L. McLean of the Criminal Enforcement and Financial Crimes Bureau of the Attorney General’s Office, assisted by Legal Analyst Isabela Pena Gonzalez. The Criminal Enforcement and Financial Crimes Bureau is led by Bureau Chief Stephanie Swenton. The Division of Criminal Justice is led by Chief Deputy Attorney General Jason Brown.