A lawsuit against Armor Correctional Health Medical Services alleges it failed to provide the proper medical services to inmates as required by its contract with NCCC. 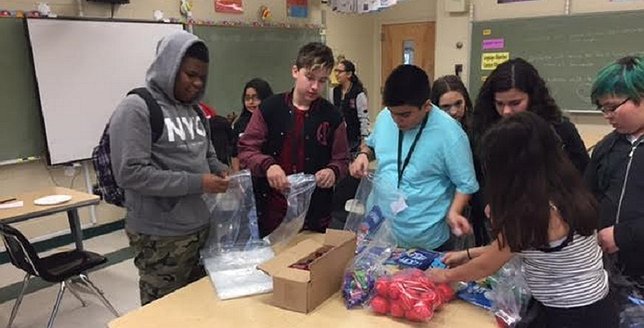 Of 12 inmates who have died since armor was contracted by NCCC, five were found to have received inadequate medical care.

The lawsuit, filed in New York Supreme Court, alleges that Armor, a Florida-based prison health services company responsible for providing comprehensive medical services to Nassau County Correctional Center (“NCCC”), through its $11,000,000 yearly contract with Nassau County, either failed to perform or egregiously underperformed many of its obligations. Since Armor started providing services to NCCC in 2011, 12 inmates have died in custody, one just last week, and three others since March 2016.

“Prison inmates rely on companies providing health services for a wide range of medical issues, many of which have gone untreated. Those struggling with chronic diseases, mental health and substance abuse problems deserve comprehensive, reliable and high-quality medical care,” said Attorney General Schneiderman. “Failing to provide proper health services as required is completely unacceptable. Neglecting the duty to provide adequate care not only defrauds taxpayers, it compromises the health and safety of inmates, with sometimes fatal consequences.”

Receiving needed care from a correctional health provider benefits the individuals and public health broadly, as these men and women will return to their community after incarceration.

Individuals in jails, like NCCC, often have complex medical needs and many have not necessarily been connected to any health care.  At NCCC, inmates are entirely reliant on Armor’s ability to provide the medical services required under the contract.  This lawsuit alleges that Armor failed to meet numerous performance standards required under the contract, and yet it repeatedly billed Nassau County in full for the services provided.

It is alleged that this conduct constitutes false and fraudulent billing under New York’s False Claim Act, as well as illegal and deceptive business practices under Executive Law § 63(12).  It is also alleged that Armor’s failure to provide proper medical care can dramatically impact inmates’ medical conditions:  of the twelve inmates who have died at NCCC since Armor started providing services, five of those inmates were later found by the NYS Commission on Correction to have received inadequate medical care.

Armor allegedly failed to uphold numerous aspect of its contractual obligations, including:

The lawsuit further alleges that while Armor is required to conduct an array of assessments on the care it delivers, Armor has not produced records that demonstrate it has done so.  In particular, Armor failed to conduct the required number of self-audits, and even when it did identify areas of inadequate performance, it only rarely developed or implemented corrective action plans to address the identified problems, as it was obligated to do under the contract.

The lawsuit seeks to ensure that Armor fully complies with its obligations under the contract and pays damages to the county. Measures include: