A Kickstarter project for "I Am Santa Claus," a behind-the-scenes look at how Santas live their lives year-round, has reached its funding goal, thanks in part to its big-name actor and producer, Mick Foley. 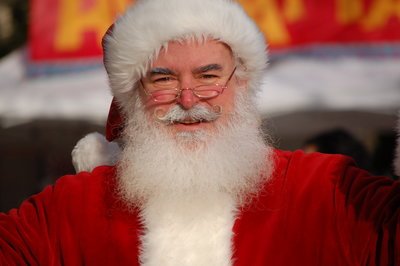 Crowdsourcing has come to the rescue of yet another film in need of funding – but this film is far from your typical indie flick.

“I am Santa Claus” is a documentary project that features Mick Foley, the three-time WWE champion, two-tie New York Times best-selling author, and WWE Hall of Fame member who is most famously known for wrestling as Cactus Jack, Dude Love, and Mankind.

The project surpassed its $40,000 goal on Kickstarter, and closed on Wednesday with a total of $51,326 pledged by 402 backers.  The funds will be used for mixing sound, correcting colors, obtaining rights to music, wrap-up interviews, art, and animation.

Tommy Avallone, the director of the documentary, sums up the film on the Kickstarter page: “We have documented an entire year in the lives of six real-bearded professional Santa Clauses to find out what the rest of the year is like for a man who perpetually looks like Jolly Saint Nick. In the process, they are shown for who they actually are: flawed, flesh and blood men who feel an overbearing responsibility to protect the integrity of the spotless, untarnished reputation of the 'Red Suit.'  'I Am Santa Claus' is a documentary that poses a question about a ubiquitous holiday figure that few parents ever ask themselves; 'Whose lap is my child sitting on?'"

The six Santas, known as Santa Russell, Santa Jim,  Santa Mick Foley, Santa Nicholas, and Santa Bob, all live vastly different lives, and have different perceptions of what it means to portray the Christmas figure looked up to be children around the world.

“Up until this past year, I had pretended to be Santa on many occasions.  I dressed up in a suit of red, but it was always with the understanding that people knew it was Mick Foley in a red suit.  This is the first year I really took the jump,” commented Foley, a resident of Head of the Harbor.

“When I became involved with this movie, "I am Santa Claus," I became fully immersed.  I was trepidatious at first about the type of man who portrays Santa Claus, but I found myself feeling the spirit of Christmas as never before.”

Incentives for pledging to the Kickstarter project included dinner with Foley, Foley t-shirts, a personalized photo signed by Foley, a voicemail from the wrestler, and other Santa and Mick Foley-related gifts.

The documentary is set to be completed and shown in film festivals in 2014.