Two-day event offering unique combination of multi-cultural cuisine provided by over 45 vendors, in addition to music, entertainment, and much more! 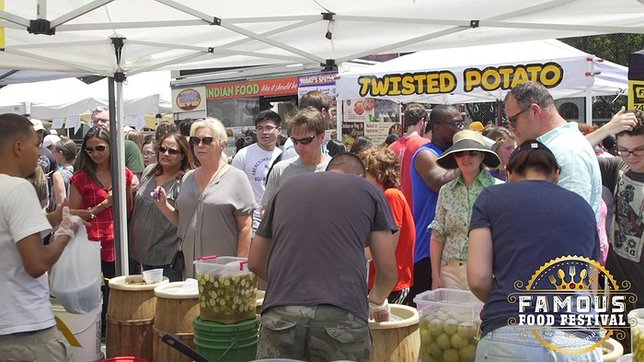 Deer Park, NY - July 11, 2018 - This July, Famous Food Festival presents their inaugural Taste the World event at the Tanger Outlets in Deer Park, offering attendees an opportunity to sample the delicious and delectable culinary wares of several continents without ever having to leave the comfortable confines of Long Island.
Scheduled to be held on July 14 and 15 from 10 a.m. to 6 p.m. each day, Taste the World is a family-friendly food experience featuring vendors offering dishes from around the world, in addition to a number of excellent entertainment options, and all within easy walking distance of the first-class amenities provided by the Tanger Outlets shopping center. 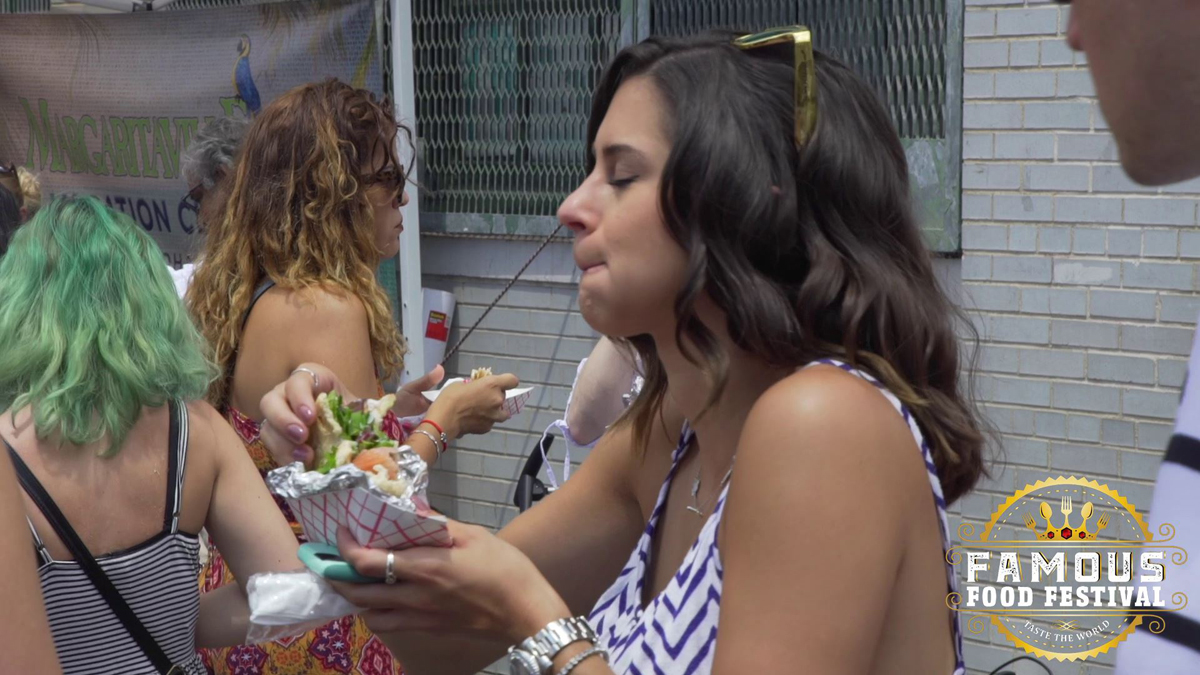 Taste the World is a family-friendly food experience featuring vendors offering dishes from around the world. Photo Credit: Famous Food Festival
Taste the World is the brainchild of Famous Food Festival’s co-owners Dylan Ross and Eric Arshravan, two Dix Hills natives whose event production company is currently headquartered out of Hauppauge and boasts a great deal of experience in putting on similar food-based events in New York and New Jersey.
“Previously, Tanger Outlets had run a small food truck-based event that was a massive success...they had attendance in numbers anywhere from between 15,000 to 20,000 throughout the day,” Arshravan said. “So this year we're putting on a much larger event with many more vendors and a much greater emphasis on unique foods from around the world. We had previously held a few events in Manhattan and Jersey City which had brought us a pretty large following, and this is an even larger event with a full stage including musical acts and bands, multiple chef demonstrations, and lots of exciting stuff throughout the day.” 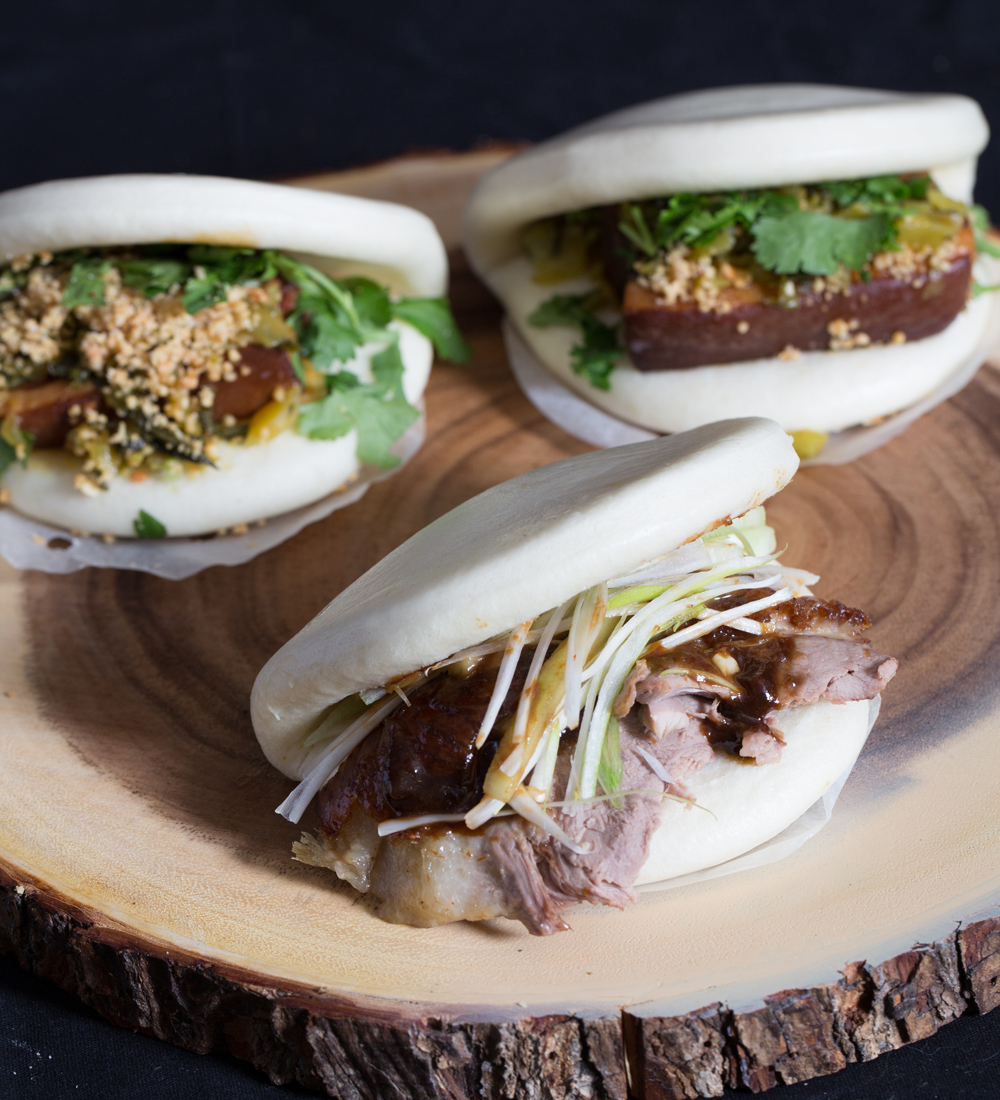 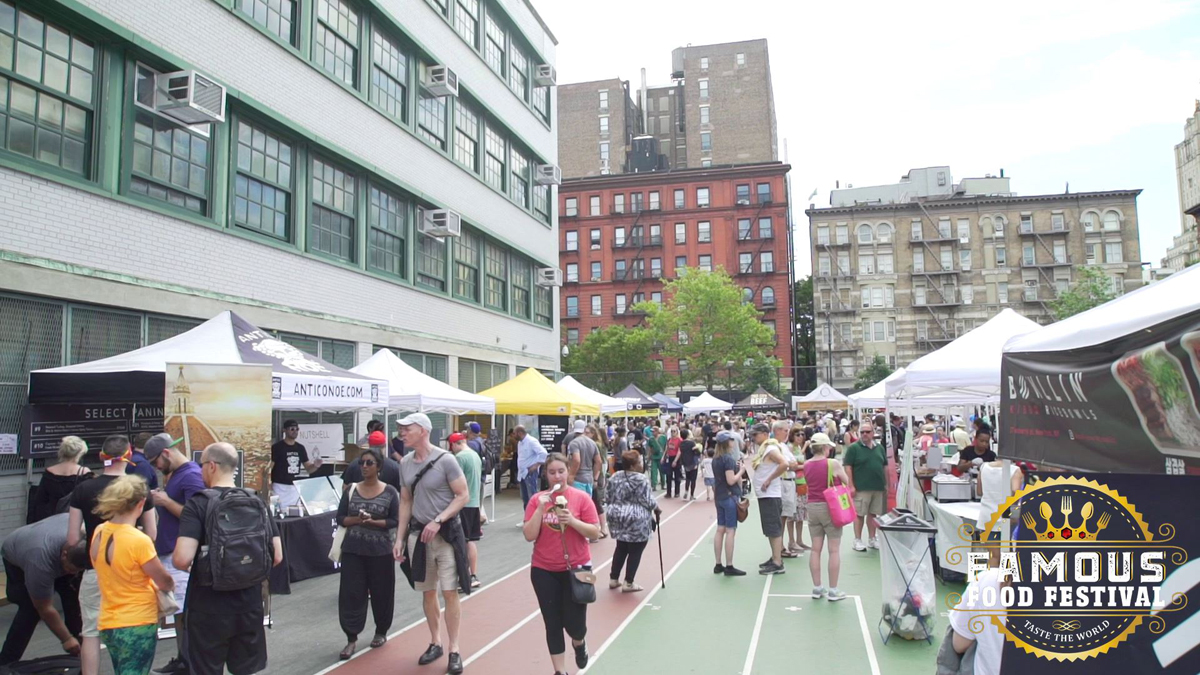 Famous Food Festival has held a events in Manhattan and Jersey City which had brought them a large following. Photo Credit: ​Famous Food Festival
“We're really looking for unique food items...we stay away from the traditional ‘fair type’ food, instead looking to really have a higher culinary experience for attendees,” he said. “We have influences from Hong Kong, Japan, Italy, the Caribbean, Croatia, Poland, as well as a variety of one-of-a-kind dishes that defy any and all description.”
Examples of the delectable and exotic cuisine on hand to be sampled by those coming to the event include a variety of meat-filled Asian buns, potato chips on a stick, fried shark sandwiches, and All-American wontons filled with bacon and macaroni and cheese, just to name a small smattering of the juicy items that guests can feel free to stuff in their tummies all day long. 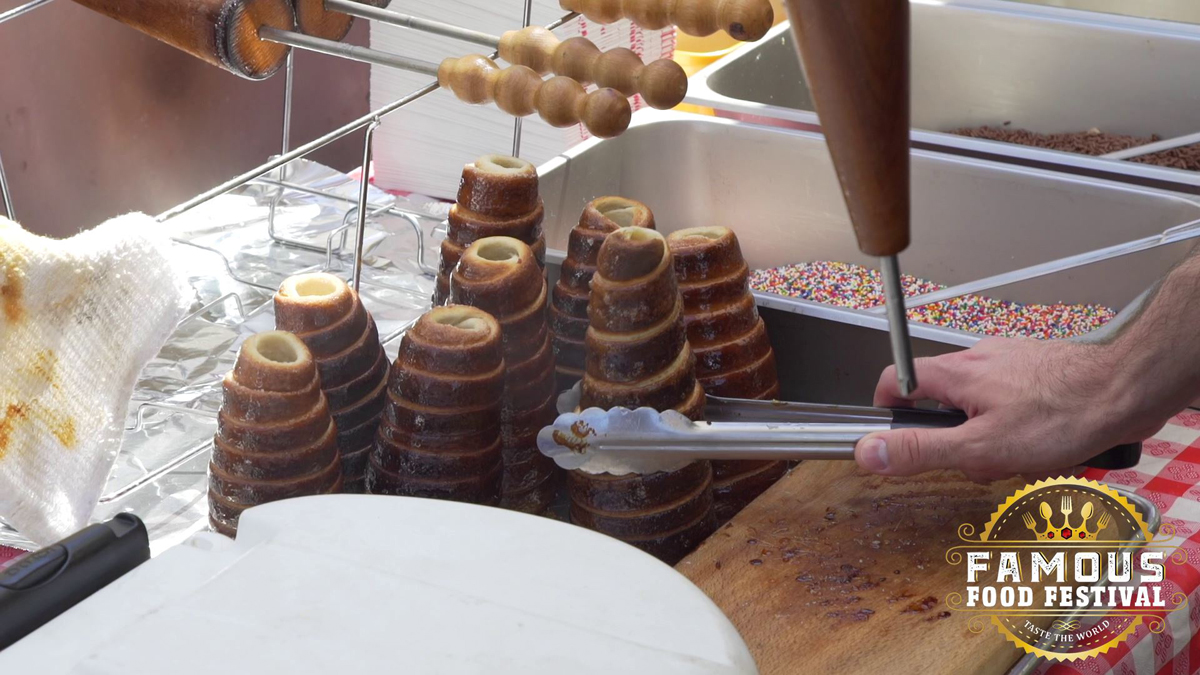 Famous Food Festival attempts to bring a broad range of diversity to the palates of event-goers. Photo Credit: ​Famous Food Festival
“Will never just have your regular sausage and peppers,” Arshravan said. “But it's going to be the best sausage and peppers you’ve ever seen if we do have it there.”
To aid with digestion, attendees will be presented with a variety of entertainment options, including a selection of live music throughout the day headlined by Billy Mira and the Hitmen, a 9-piece band that specializes in both great tunes and comedy bits. In addition, there will be live chef demonstrations throughout the day, most notably by celebrity chef Jonathan Scinto, well-known for his appearances on the Food Network and other television channels. 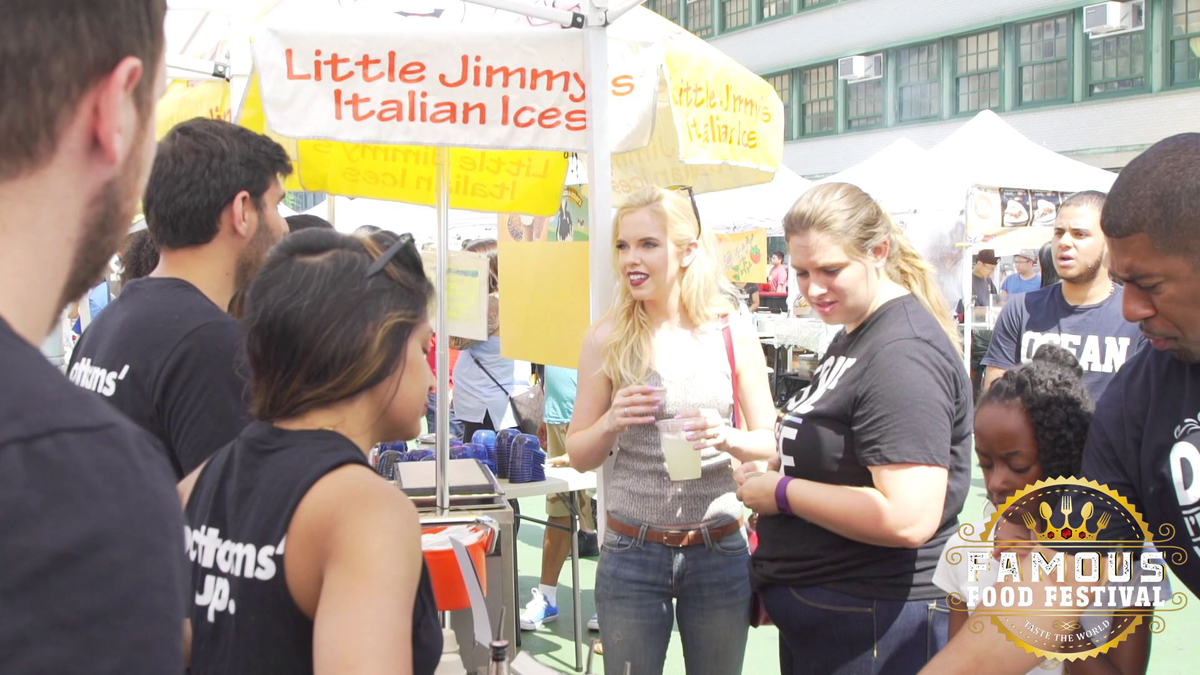 The "Taste The World" event will consist of a variety of tantalizing treats provided by at least 45 different food vendors each day. Photo Credit: ​Famous Food Festival
Rounding out the entertainment options are a virtual reality center, a video game truck, a butterfly garden, and a beer and wine garden.
Famous Food Festival got its start when Ross, who has a background in producing large-scale musical events, and Arshravan, who has experience putting together summits for business executives, decided to take their mutual love of event management and food, and combine them into one cohesive package. It was that day that Famous Food Festival was born, Arshravan said.
“The main goal of our existence is to try and help people who are trying to get into the food industry, or who are who are trying to introduce a food product or open a restaurant...we try to help them get the exposure and branding that they need without having to pay brick-and-mortar prices,” he said. “Besides the food festivals, we also put a big emphasis on marketing for our vendors, helping them get out there. But we aren't there to help the vendors were just in this to make a quick buck...we are looking for the vendors or actually want to provide value for the consumer.” 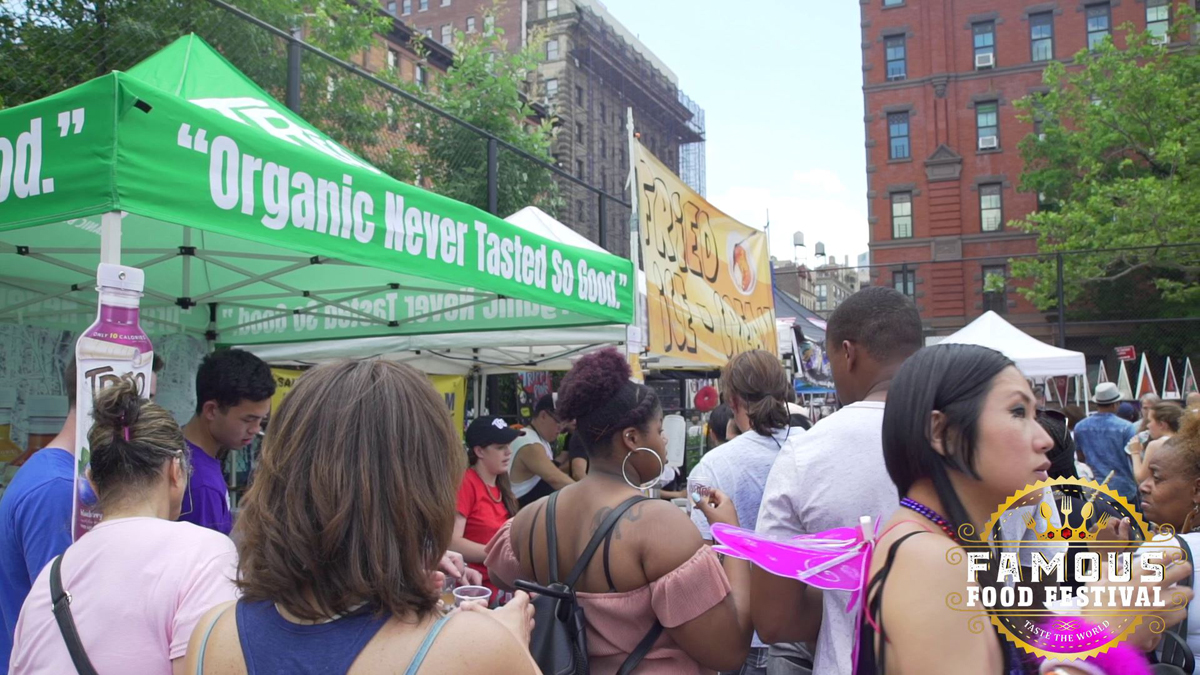 To aid with digestion, attendees will be presented with a variety of entertainment options. Photo Credit: ​Famous Food Festival
If the upcoming Taste the World event on July 14th and 15th is successful, Arshravan said that he definitely sees Famous Food Festival bringing it back to Tanger Outlets next year…as well as possibly expanding the concept to other parts of the country as well.
“The Tanger Outlets event is really a test run…if all goes well, some other states may be seeing Famous Food Festival visiting there as well,” he said. “But we definitely want to return to the Tanger Outlets, as Long Island is my and Dylan's hometown. So we want to bring everyone here for this great event, and maybe inform them about some great and unique things they haven't tried before.”