Baymen Busted with More Than 1,000 Horseshoe Crabs in a Single Night. 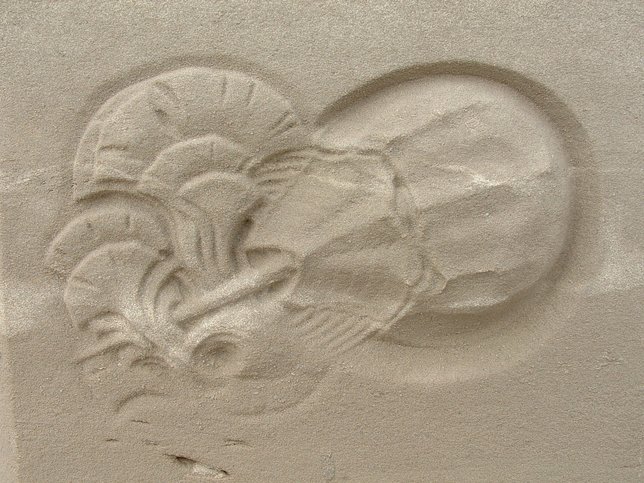 "Across the entire eastern seaboard, there is growing concern about the impact declining horseshoe crab populations can have on migratory birds such as the red knot," Regional Director Peter A. Scully said. "Those who violate the law should be aware that DEC's Environmental Conservation Officers are skilled law enforcement professionals who will take swift action to protect the environment and vulnerable wildlife populations."

As Moscardino docked his boat and was being processed, another vessel just off-shore with no navigation lights was spotted by ECOs using night-vision binoculars. Two subjects, later identified as David J. Hartmann Jr., 33, of East Patchogue and Paul E. Sharkey II, 32, of Patchogue, were observed on the dark green 24-foot 1976 Angler as it cautiously made its way around the entrance of the river. ECOs proceeded to stop this vessel, and once again noted numerous horseshoe crabs on the vessel. Hartmann possessed a valid DEC commercial fishing permit for harvesting horseshoe crabs, and a valid Foodfish & Crustacea Dealer/Shipper permit. Hartmann did not have any 2013 DEC commercial fishing permits.

The horseshoe crabs were trucked to several nearby sites and released back into the waters of the Great South Bay.

As of July 9, 2013, each bayman arrested was brought up on the following charges:

Before harvesting horseshoe crabs, individuals should be sure to contact the DEC Bureau of Marine Resources for current information on open seasons, permits and harvest regulations.

Additional information on horseshoe crabs is also available on the DEC's website.

Individuals spotting illegal activities are encouraged to call DEC's Environmental Conservation Officers at (631) 444-0250 during business hours, and 1-877-457-5680 or 1-800-TIPP-DEC at all other times to report suspected illegal activities.